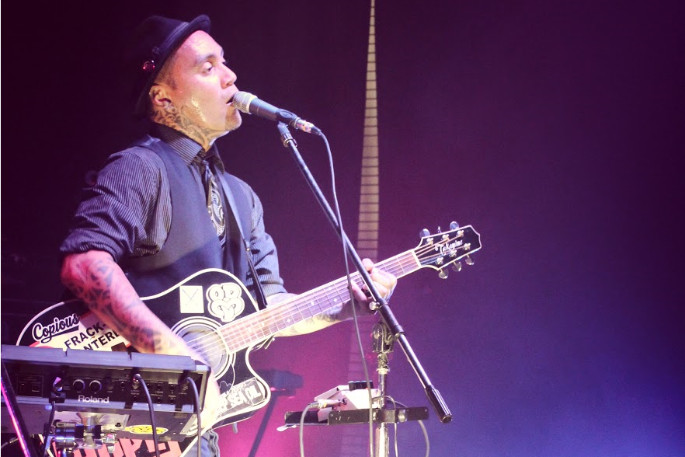 Tiki Taane performing at Totara St, where he will headline The Thank You Show. Photo: supplied.

Totara Street survived the day the music died and has returned post-COVID with a busy line-up of gigs.

The venue’s successful reopening was supported by 226 people who donated to Totara Street’s Save Our Venues campaign, collectively raising $16,736.

To show their appreciation, Totara Street are hosting The Thank You Show on September 12, offering a free double pass to everyone who donated.

Save Our Venues was a nationwide campaign run by arts foundation, Boosted. It gave 30 small venues a platform to fundraise to avoid closure through COVID-19.

“The response to Totara Street’s Save Our Venues campaign was amazing,” says Jay.

“The guys in the line-up saw how much it meant to us, and offered to donate their time for The Thank You Show straight away. Tiki said yes the same day I messaged him about it.

“We really appreciate the support we’ve received from our community.”

Jay says people have been supporting Totara Street in other ways, too. Gigs are selling out, and their associate music school, Mauao Performing Arts Centre, is seeing an increase in enquiries.

“ It’s the sort of show that would’ve sold out before, but not until the day it was on.

“The gigs we’ve put on since reopening have been packed, it’s awesome.”

Public tickets to the Thank You Show will be released on August 1. After the RSVP cut-off date for donators on August 7, sales profit will go to the artists.