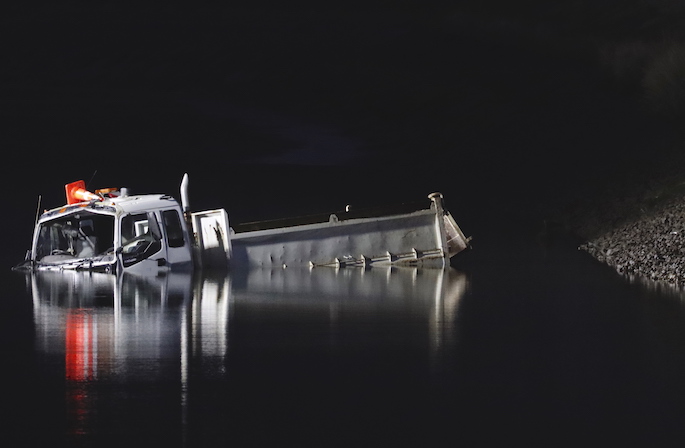 Police were called to the crash on Wednesday afternoon. Photos: Daniel Hines/SunLive.

Police have recovered a body from the Ruahihi Canal near McLaren Falls Road, Omanawa.

Police were alerted to the incident at around 1.20pm after a vehicle had gone into the water.

The canal water levels were lowered to allow better access to the area, says a police spokesperson.

"A formal identification process is underway.

"Enquiries are ongoing to establish the circumstances of the incident." 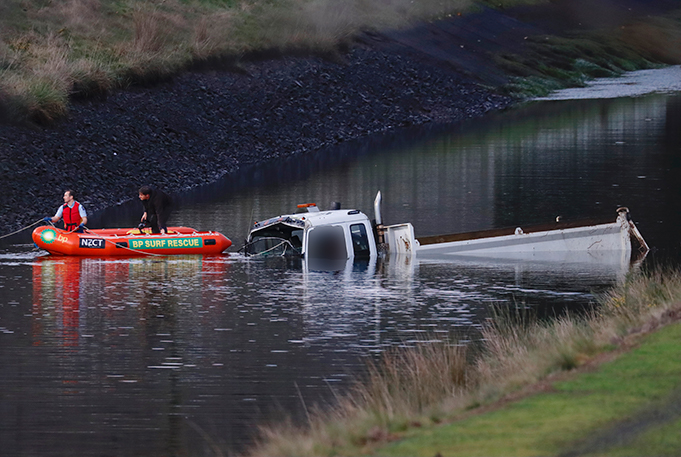