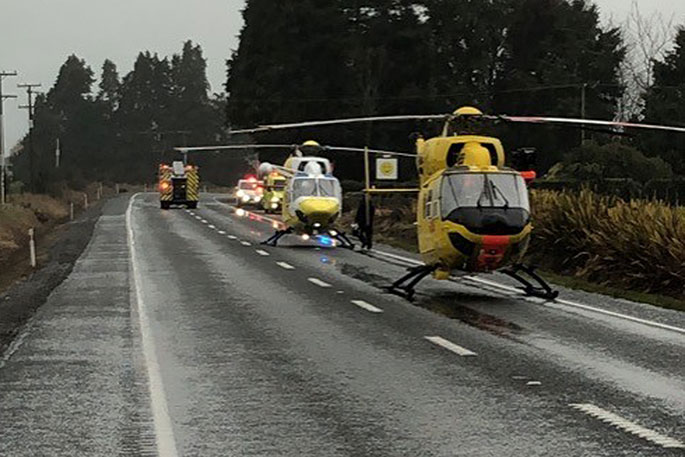 Emergency services at the scene of the fatal crash on Tuesday. Photos: Phillips Rescue Helicopter Trust.

Investigations are underway into a two car crash which left two people dead.

Emergency services were called to the scene of the crash on State Highway 1, near Galaxy Road, in Tokoroa around 1pm on Tuesday.

A police spokesperson says two people died and three others sustained serious injuries in the crash. 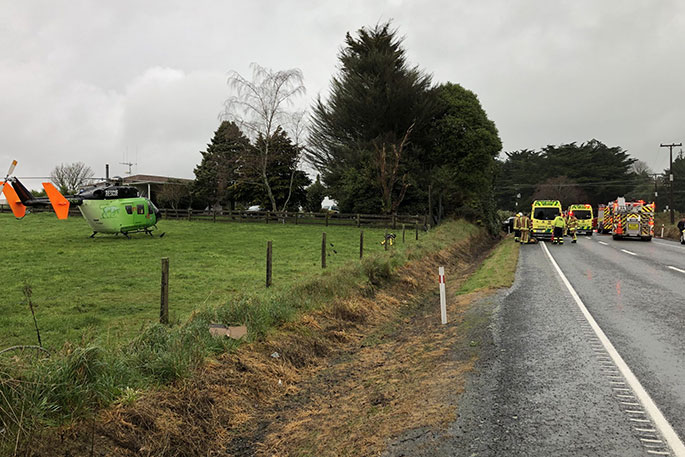 “A 30-year-old male in critical condition was flown by the Waikato Westpac Rescue Helicopter and was cared for by onboard Intensive Care Paramedic Andy Windle.”

Bay of Plenty Police have launched an investigation into the cause of the crash.