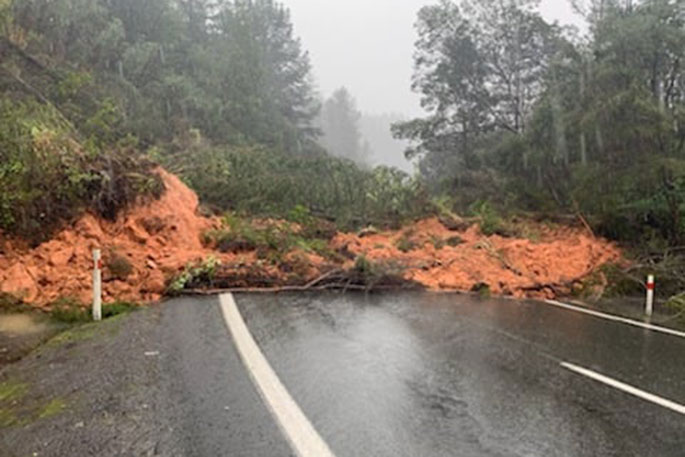 Following a large slip, SH25 is now closed between Hikuai and McBeth Rd and will remain closed today.

An alternative route is to use SH2 via Karangahake Gorge.

The region took a battering on Thursday, with floods cutting off the settlement of Hikuai near Pauanui and forcing stranded travellers to escape in a Surf Life Saving rescue boat.

MetService says the region had 410mm of rain in 24 hours.

Sections of State Highway 25 remain closed by slips and flooding.

"Being a prolonged storm - it started raining on Tuesday - this one has dealt us quite a blow."