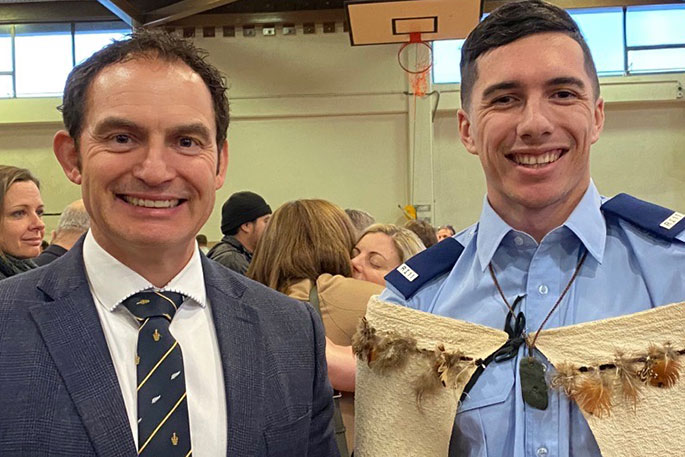 Diversity in frontline police ranks has been enhanced by rapid growth in officer numbers over the past three years, says Police Minister Stuart Nash..

It's the 37th police recruit wing to graduate since the Coalition Government took office.

“The strong drive to recruit and train police has resulted in 2255 new officers joining the frontline since we took office,” says Nash.

“Combined with record low attrition, the size of the police constabulary workforce has grown by more than 1300 officers since the start of the 2017/18 financial year. There are now around 10,147 fulltime equivalent police."

He says this amounts to a 14.8 percent increase in frontline police over three years.

Attrition is tracking at around two per cent annually and is one of the lowest in the wider state sector.

“The rollout of new police has smashed all sorts of recruitment records and seen a historic return to police training wings in Auckland for the first time in 40 years.

“This marks a generational shift in police recruitment, training and deployment. It has changed the face of modern police and created a more diverse organisation that better reflects the communities it serves."

Nash says there are more women, more Maori, Pasifika and Asian Police officers on the frontline. They bring a diverse range of skills and competencies to modern policing, reflecting their age and backgrounds. Many of the new recruits speak multiple languages and already have impressive careers in other community service roles behind them.

“We are training police at more than double the rate of previous years. We are keeping up the momentum to improve community safety, enhance the wellbeing of New Zealanders, and grow a more diverse and inclusive Police organisation."