Minus 5C in the south, 14C in the north tonight 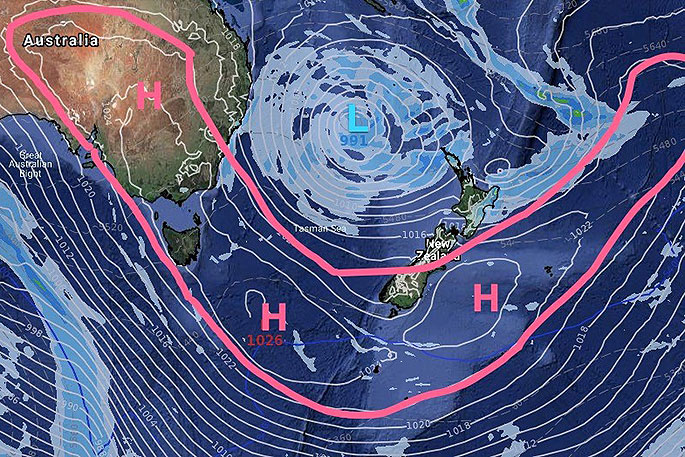 As sub-tropical winds from as far away as Tonga, the Cook Islands and New Caledonia stream in over the North Island, temperatures are well above normal by a few to several degrees both by day and by night, says WeatherWatch.co.nz

“Meanwhile, the South Island remains under a strange 'smiley face' high pressure system - one of several that have had this shape in recent months down around the southern part of New Zealand.

“This high will bring in clear skies overnight inland and through the highlands with lows dropping to around -5C in some regions tonight.

“Contrast that with the Far North which will see some areas not drop below 14C tonight thanks to sub-tropical airflows.” 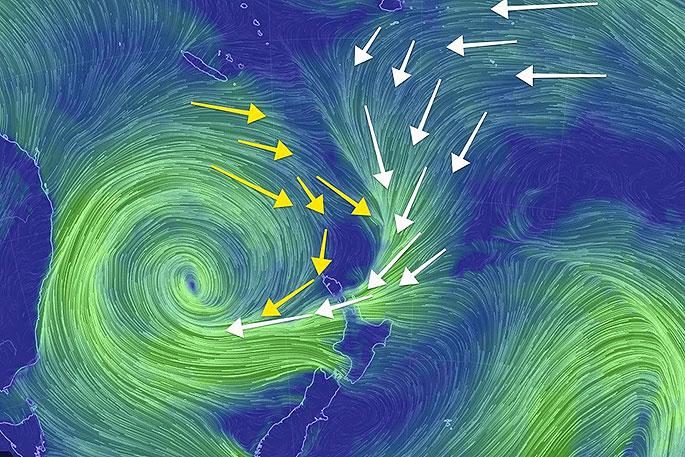 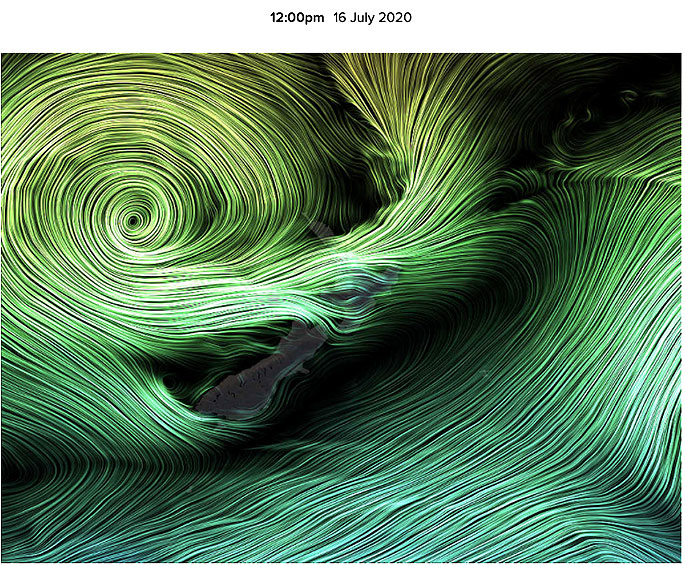 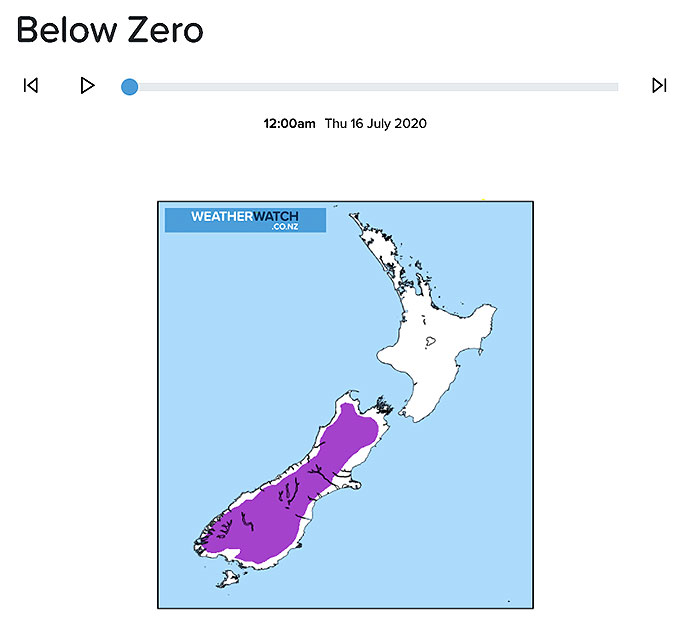