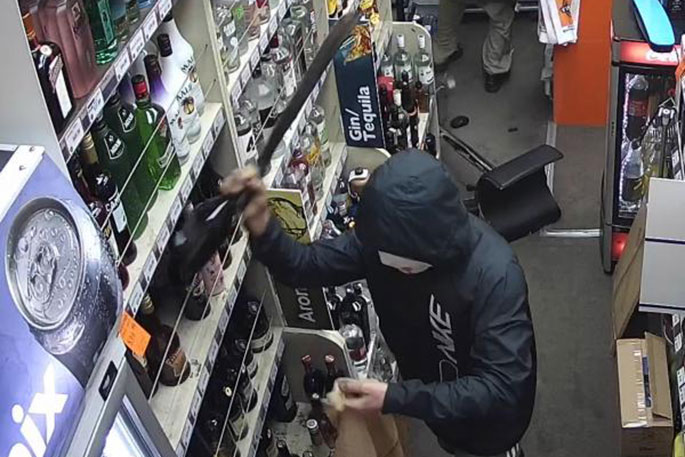 Police are investigating two aggravated robberies that happened simultaneously on Tuesday, July 14, at around 6.50pm.

Police believe six alleged offenders, armed with a variety of weapons including a hockey stick, machete and screwdriver, arrived together at the Hillcrest shopping area in two stolen vehicles.

The dairy owner was  punched several times during the robbery.

Meanwhile, the owner of the Thirsty Liquor Store was threatened with a hockey stick.

"A member of the public, who witnessed the liquor store robbery and went to assist, was stabbed with a screwdriver outside the store as the group made their escape.

"The dairy owner and the member of the public were both treated for their injuries and are recovering."

All of the victims involved have been offered support, says Simon. 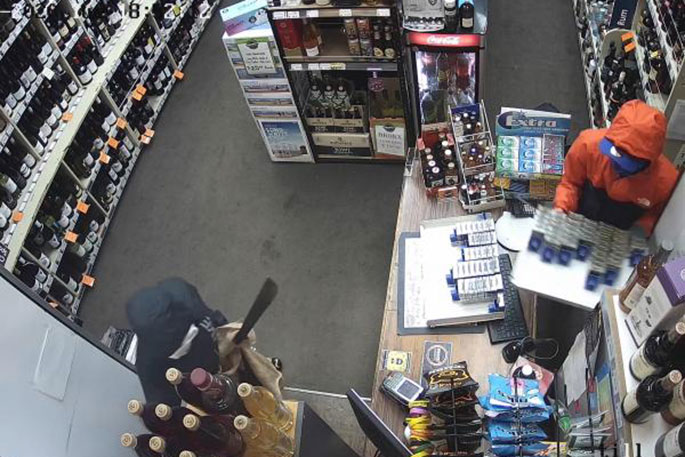 "Due to the serious nature of this offending it's imperative we identify those involved as soon as possible.

"We encourage the public to come forward with any information that can help us locate them and hold them accountable.

"There will be people out there who know who these alleged offenders are. Do the right thing and get in touch to help us identify them." 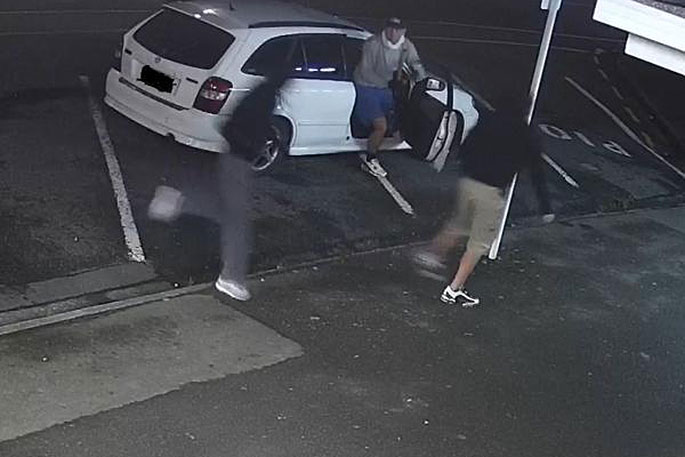 I wouldn’t normally support fiercer sentencing but, on this occasion, I think you are right. The difference is the needless violence. They didn’t need to bash the storekeeper or stab a bystander and you are probably correct that a tougher sentence for what should have been a trivial crime, is warranted if violence is used. Maybe it WOULD be a deterrent, maybe even knowing that violence means an automatic prison sentence for a significant time, might make someone think twice... They need to be caught.

OH, and I have said many times -

The high cameras give an "overview" of what’s happened. BUT as most of these CRIMS have hoddies on, the cameras DON’T get the faces. Shop owners need to start putting high quality PIN-HOLE cameras down at COUNTER level, (and in doorways) that are looking UP-wards into the faces of the hoddie wearing faces of the CRIMS. !!!!

That the NZ justice system got REAL. When the Police catch these P_ _ _ _ S, and prove their crimes in COURT, then 10/15 years should be the starting point for robbery with violence !! The word will soon go around the YOUNG P _ _ _ _ S that a few RTD’s and a few fags are not worth 10-15 years inside.