LIVE: One new case of COVID in managed isolation 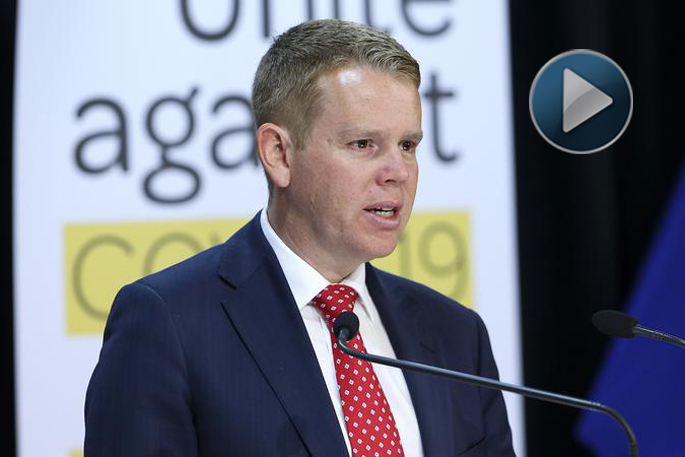 UPDATED: There is one new case of COVID-19 in managed isolation today.

The case is a child of two people who have previously tested positive, says Director-General of Health Dr Ashley Bloomfield.

The people arrived from Italy on July 4 and are staying at the Commodore Hotel in Christchurch, he says.

“We wish the family a full and speedy recovery,” says Ashley.

It has been 76 days since a case of the virus was acquired locally from an unknown source and there is no evidence of community transmission, he says.

One person has recovered from the virus so the number of active cases in New Zealand remains at 27.

Ashley says there was an increase in testing yesterday with 2899 tests carried out, of which 726 were in managed isolation.

Ashley reminded people there is no charge for the tests.

Health Minister Chris Hipkins says there have been a flurry of activity on the NZ COVID tracer app with 11,000 new registrations overnight.

He reminded businesses they should have their QR code on display.

"Great to see the increase in registrations yesterday, will be good to see that continue," Ashley added.

He says the app is adjunct to having a really good contact tracing system in place and the value of the app is to notify people rapidly.

EARLIER: The Minister of Health Chris Hipkins and Director-General of Health Dr Ashley Bloomfield will provide an update on COVID-19 today at 1pm.

There were two new cases in managed isolation announced yesterday.

The first case is a man in his 60s who arrived in New Zealand on July 10 from Pakistan via Dubai. He is staying at the Sudima Hotel in Rotorua and tested positive around day three of his time in managed isolation.

The second case is a woman in her 50s who arrived in New Zealand on July 10 from Dublin, via Dubai. She is also staying at the Sudima Hotel in Rotorua and also tested positive around day three as well.

There is no one in New Zealand receiving hospital-level care for COVID-19.

Yesterday laboratories completed 2,061 tests. Of those, 902 were conducted in managed isolation or quarantine facilities around day three or day 12.

That brings the total number of tests completed to date to 433,324.