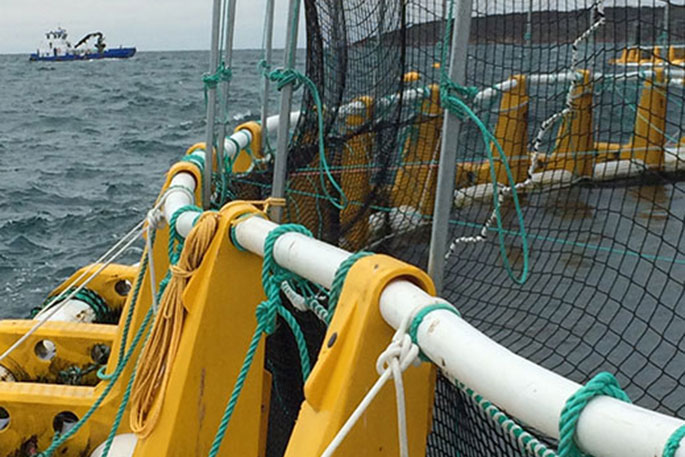 The mussel barge, Falcon, ran aground on Motuokino Island off the Coromandel coast because no one on board was keeping proper look out, says Maritime New Zealand.

The skipper, Connor O’Shea Bevan, has been fined $3500 in the Thames District Court for causing unnecessary danger or risk by failing to keep a proper look-out and failing to use all appropriate means to determine whether a risk of collision exists (Maritime Transport Act, sections 64 and 66).

The Court also ordered Mr Bevan to pay $5000 in reparation to the vessel’s owner, Sanford Limited.

“Keeping proper look out prevents collisions and can save lives.

“In this case, Falcon ran aground and no one was injured. Had it collided with another vessel the result could have been tragic.”

The incident occurred on November 15, 2018, when the skipper was taking the vessel to collect mussels at the Great Barrier Island mussel farm.

Two deckhands were also on board and all three crew were in the wheelhouse.

Bevan’s role as skipper included steering the vessel and navigating a safe passage around the islands on the way to Great Barrier Island, says a statement from Maritime New Zealand.

“While Mr Bevan was steering he was also filling out paper work and not keeping constant look out.

“The deckhands were resting – it was before dawn, neither had been assigned as a look out and at least one of them was asleep.”

The vessel’s GPS screen had been zoomed out so that Bevan could see the whole Coromandel Peninsula and Great Barrier Island to help plot a course.

However, this made the small islands disappear from the picture displayed on the screen.

“While Bevan used radar to notify of risk of collision, he knew there was equipment on the bow of the vessel obstructing the radar’s ability to read ahead.”

Falcon did not have shoal or “closest point of approach” alarms installed.
At about 5.12am, while it was still dark, there was a loud crash. Falcon had run aground on Motuokino Island. It had been travelling at 12 knots.

Bevan then made sure the deckhands were safe and had lifejackets on, shut off the fuel and checked there were no fuel or other leaks from the vessel.

He called a nearby vessel for assistance, and advised Sanford and Maritime NZ of the incident.

Falcon suffered minor damage to its hull, was re-floated later that day and returned to Coromandel town under its own power. No one was injured.

Sanford advised the Court repairs to the vessel and lost income had cost it about $60,000.