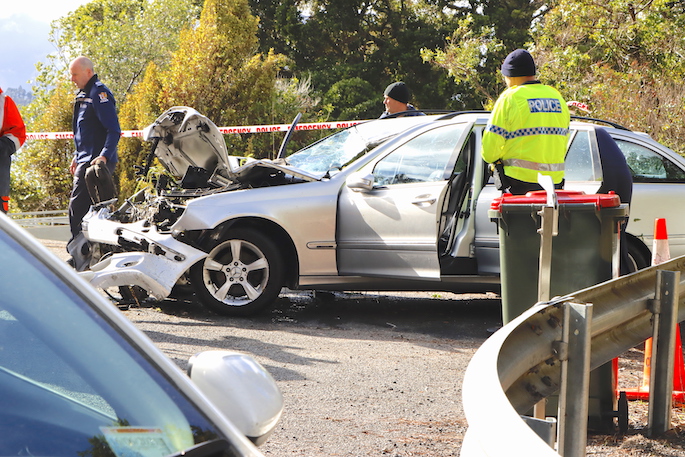 The vehicle went off the road and into Lake Rotoma on Saturday. Photos: Daniel Hines/SunLive.

Police are appealing for information about a silver Mercedes Benz which crashed into a Bay of Plenty lake in the weekend.

The bodies of two people were recovered from the vehicle on Sunday, after it crashed into Lake Rotoma on Saturday.

Police can now release the names of the people who died in the crash.

"Police extend their sympathies to the families and friends of Mr Jarden and Ms Ali at this difficult time. 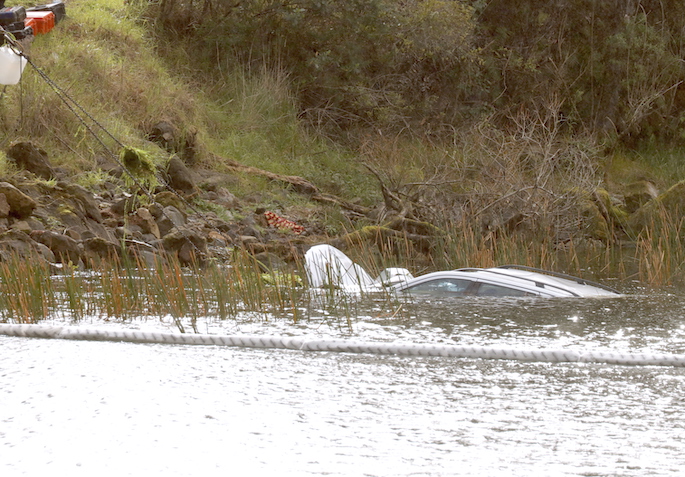 The vehicle was submerged for about 24 hours before it was winched from the lake.