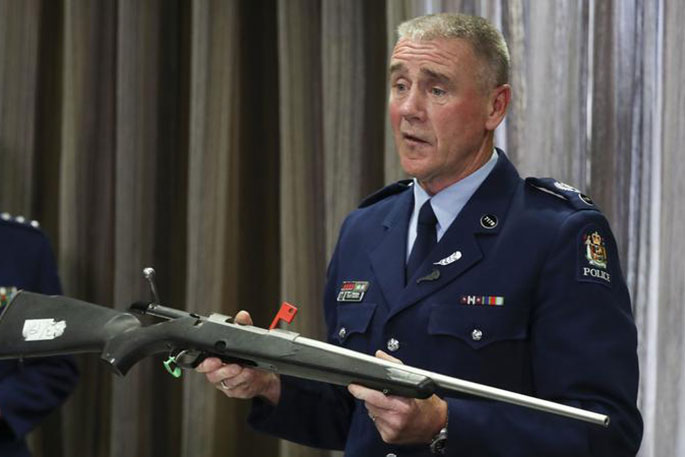 Police are urging licensed firearms owners to provide contact details, and say their request by email is not a scam.

Emails and text messages have been sent to firearms licence holders over the past month, seeking residential and gun storage addresses, as well as contact phone numbers.

But many think it is a scam - a bid to target firearms owners and steal their weapons.

It then says the email is being sent in bulk, which is why there is no personal identification included in the messaging.

Alarmed gun owners forwarded the email to the Council of Licensed Firearms Owners, and its chair, Michael Dowling, says the email did look suspicious but police confirm it is real.

"They were in the situation of checking the information they had on multiple databases to make sure they were all correct and current," says Michael.

"They addressed it, said they'd made some errors and took the feedback on board, and made alterations to enable firearm owners to check that it was in fact a valid email."

After the council talked to police, another line was added to the emails offering for people to confirm their details by calling the police's non-emergency 105 number.

The police have also updated their website saying firearms licence holders can expect a phone call, email or text message seeking to confirm those details.

"People should please respond to this request by emailing the information, and putting your firearm licence number as the subject.

"If you would like reassurance regarding the authenticity of phone calls or text first, you are welcome to contact police on 105. Staff can then forward your call to the firearms national support team."

But the message might not be getting across because of the way the police are seeking to get the information.

Online forums show owners are throwing the emails into the spam folder, and fear someone is plotting to steal their firearms.

"My understanding - it is to correct the records they hold between national, local, and the buyback, and that some of those databases may not have been updated."

He says the problem harks back to the old police paper-based firearms licensing system.

"The sooner we move to a secure environment to enable people to update their information themselves rather than have it pushed down from the central database, it makes sense. That could improve it.

"But it really comes down to what the government's prepared to spend money on."

Michael says money that is spent on the buyback would have been better spent upgrading the police's licensing system, and that good online systems are crucial before a gun register is implemented.

..I am not a firearms or licence owner but to reply to this would be ( in todays ’age’) complete madness..this would seem to be an act of a rather ’dodgy’ group with little regard to the licence holder at all...totally in the pocket of a government with a specific and rather sad agenda I think.......

Absolutely no way would I under any circumstances reply to an email like this and now that the Police have advised publicly to expect an email they’ve just opened the door to scammers heaven. Our Police lately have been doing a great job but fallen over here. Just like the buy back scheme - not well done. Why couldn’t all this have been completed by the honest people at the buy back locations?