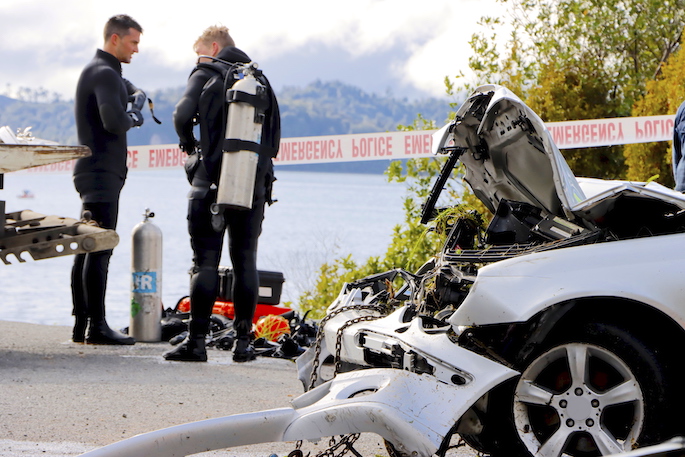 Two bodies were recovered from a vehicle in Lake Rotoma in the Bay of Plenty on the weekend. Photos: Daniel Hines/SunLive.

Five people are dead, including two in the Bay of Plenty, following four separate crashes in New Zealand.

Three people were killed after crashes in Marlborough, Otago and Waihi on Sunday.

One person died in Waikato Hospital following a crash between a campervan and car on State Highway 2 in Waihi.

Another person remains in serious condition in the same hospital.

On Saturday, two people died when the vehicle they were in plunged into Lake Rotoma in the Bay of Plenty. 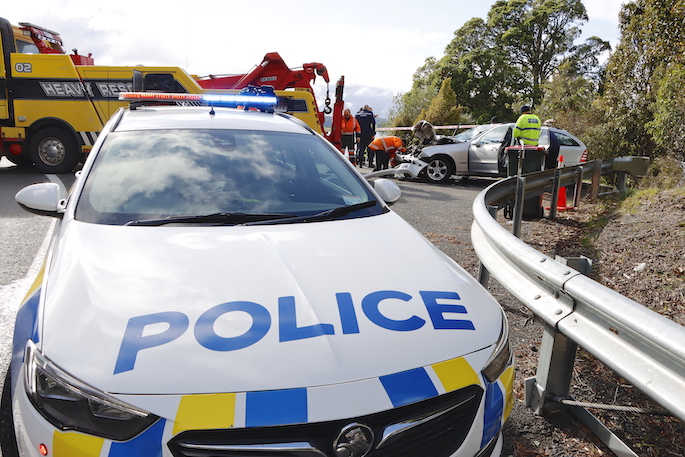 Their bodies were recovered from the submerged vehicle on Sunday morning.

The cause of all the fatal crashes remain under investigation.

1News reports that the road toll is down by 40, when compared to this time last year.

Lockdown at the beginning of the year is being attributed to the lower road toll.

Public health experts found in the first 23 weeks of the year, there were 548 fewer deaths in New Zealand compared to the same time last year, reports 1News.