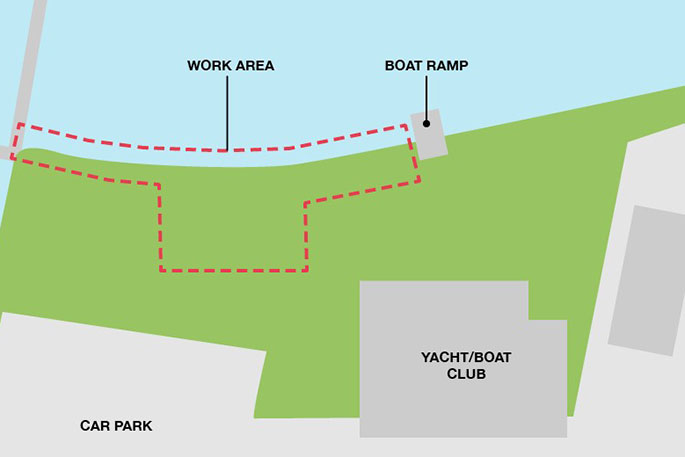 A map showing where the works are taking place. Supplied image.

A 60m-long recreational area at Sulphur Point will be fenced off to the public for about two months from next.

The area is being fenced off to allow workers to make improvements to the waterfront, says a Tauranga City Council spokesperson.

"The area is on the north-western side of the Tauranga Yacht and Power Boat Club.

"The workers will remove some ageing large wire baskets holding rocks in place for a coastal wall, and will replace them with a partly-buried wall capped with timber."

Council says the new structure will be safer, and will allow people to sit on top.

The works are expected to finish in September.

This is a very popular swimming spot in the summer. So while the council is fixing the sea wall , how about putting in a shower just like at the Mount beaches.

Everything this council touches turns out to be a failure and there is no reason to believe this will be the same,also according to our Mayor we are insolvent,so where is the money coming from?