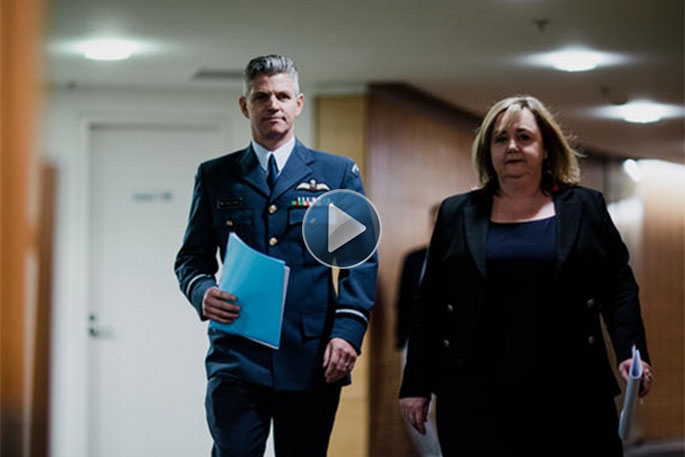 The government says there will be a permanent police presence at every managed isolation and quarantine facility in New Zealand from today, following this week's breach in central Auckland.

The government is now providing an update on its response to the COVID-19 epidemic and the management of isolation facilities for people returning to the country.

The news that police will be at the facilities 24/7 comes after a 32-year-old man who was later found to have COVID-19 yesterday left an isolation hotel in Auckland and was outside the facility for 70 minutes.

It is the second escape from isolation; on Saturday a woman at the Pullman Hotel got out by climbing over a fence and absconded for about two hours before being found nearby.

The minister in charge of managed isolation facilities, Megan Woods, said they had been working hard to build a safer, stronger exemptions process.

She repeated what the Minister of Health said yesterday saying: "Anyone who chooses to break out of these facilities is committing a reckless act of selfishness and we will come down on them with the full weight of the law.

"They don't deserve to join the team of five million."

She said nearly 30,000 New Zealanders have been through these facilities and have complied with the rules.

@ morpork and Yadick. Okay, so we may not be able to close the borders completely, but the courts need to set an example with the (now) three escapees and jail them all for 6 months. Then any other returning Kiwi’s who thinks it’s a joke and thinks it’s okay to break the rules, may think twice before putting the country at risk. I also agree that testing should be conducted pre-departure.

Crazy To Use Police

Police have so much on their cards already and now they’re playing security guards. What a waste of time. Why not bring in the Defense Force and keep our Police doing their good work.

Unfortunately we can’t completely close the boarder but I do agree with The Professor that it would most likely solve the problem. The people arriving here are fully aware of the ramifications of Covid19 and the need to isolate as this is why they’re coming home, this is why they’re leaving other countries. Morepork, I totally agree the testing should be in place pre-boarding, it’s a no brainer. The inflight film has good potential for reinforcement as well. At the end of the day these people are coming home because they know.

Many people (self included) share your frustration with people who put themselves first and don’t seem to care about the rest of us. But we CANNOT close the borders against NZ citizens who, either by birth, marriage, or naturalization, have a legal right to be here. What we CAN do is make sure they fully understand the seriousness of the situation and the measures being taken. Most reasonable people, when something is explained to them, will acquiesce. I’m not sure that that has been done to the extent that it needs to be. They could be showing short film clips on incoming flights that would help. (And I STILL believe they should be tested BEFORE embarking...)

A handful of selfish idiots...

... can undo the work done by all of us. It isn’t fun to put our own people in "prison" when they come home, but 30,000 of us understood the need for it and did it. There must be a mechanism in place where, if they need something from a supermarket it can be delivered. I don’t believe the background as to WHY strict isolation is being enforced has been made properly clear to people arriving now, who weren’t here when we were all in lockdown. Nobody LIKES the situation but you only have to look overseas to see what happens when these measures are NOT taken. I was talking to a friend in Melbourne yesterday and morale there is pretty low. They are wishing they had stayed secure a bit longer; now they face another 6 weeks. Border security here seems tight for now.

there should only be one punishment and that is maximum penalty

The Courts MUST make a strong statement by making an example of this idiot by sending him to prison for the maximum time allowed - 6 months!! He should also be fined the maximum amount allowed i.e. $4,000 and made to pay for his isolation. Countdown should also be suing this guy for lost revenue as a result of having to shut up shop and should also go after him for the wages they are going to be paying out to their staff who now have to isolate. Then if any other idiots choose to do the same, NZ should closed its borders completely - that’ll stop the problem!!