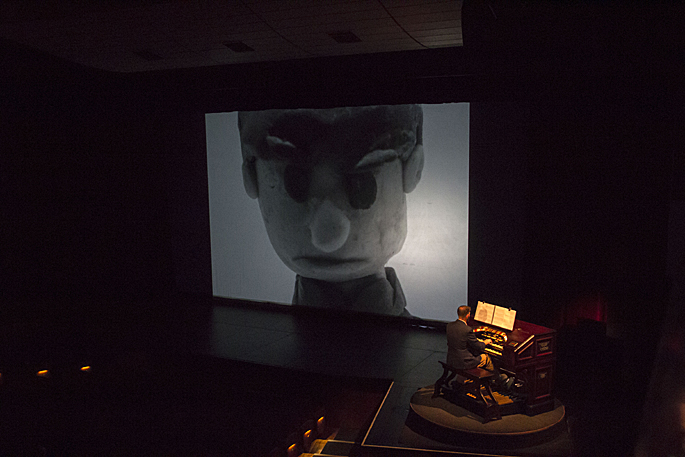 A scene from IYSFF NZ Nationals 2019 first place winner ‘The One Who Killed The One I Love’ by Tauranga Girls’ College student Daryn Bernice Saludez. Supplied image.

Young filmmakers are encouraged to get out their cameras but leave the mic at home as New Zealand submissions open for the International Youth Silent Film Festival.

The IYSFF is a global competition that challenges young filmmakers under 20 from the United States, Australia, The United Arab Emirates, and New Zealand to create a three-minute silent film set to one of 10 musical scores composed especially for the festival.

Tauranga venue Baycourt Community & Arts Centre has been the home of the IYSFF since it made its New Zealand debut in 2016.

Baycourt manager James Wilson says with the global COVID-19 outbreak throwing the world into a tailspin, the return of the annual IYSFF NZ competition brings with it a “sense of normality” for the competition’s organisers.

“Since the IYSFF’s New Zealand debut in 2016, the entered films and their stories have gotten bigger and bolder every year, and we are extremely curious to see what stories our Kiwi filmmakers will share with us in 2020.

“It is not compulsory for filmmakers to address societal issues in their films, but we do believe the IYSFF NZ is the perfect platform for young Kiwis to express their thoughts, opinions and viewpoints on issues currently facing our communities, country and the world.”

Once submissions close a jury panel will select the top 15 films to be submitted for further judging by a celebrity judge who will pick the top three films of this year’s competition.

All top 15 films will then be screened at the red-carpet IYSFF NZ National Awards Final at Baycourt on October 16, with each films’ soundtrack performed live on Baycourt’s Mighty 1926 Wurlitzer Theatre Organ.

“On behalf of the IYSFF NZ team I want wish all our young Kiwi filmmakers the best of luck with their films. We cannot wait to see your stories and hope to see you at the awards final in October.”

Submissions for this year’s competition close midnight, Sunday, September 1. For more information or to enter, visit the IYSSF’s global website.