Cat with jar on head captured after two week hunt 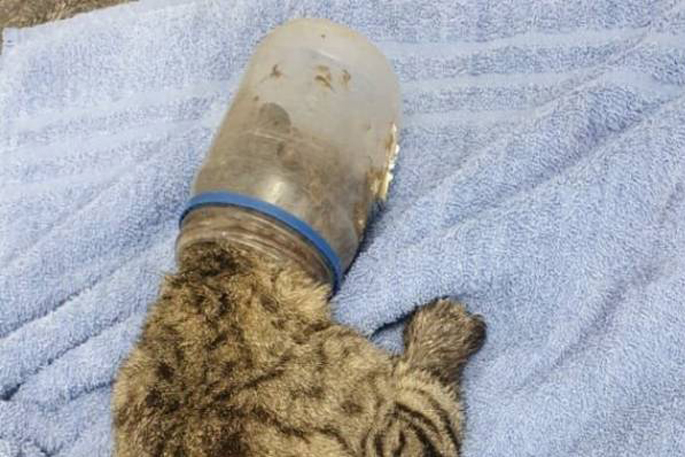 Peanut from Matamata is thought to have had a peanut butter jar on his head for the past two weeks. Supplied image/Stuff.

You’ve heard of Cat in a Hat, but how about cat in a jar?

A stray cat, with a plastic peanut butter jar stuck on his head, has finally been caught after two weeks avoiding capture.

And now he’s the talk of the town in Matamata.

The cat, now called Peanut, was first spotted in someone’s backyard. They tried to catch him, but had no luck, so the community joined the hunt.

“And there was a bit of a community tracking of him, but he just kept running when people spotted him,” says Matamata Animal Trust manager Annaliese England.

However, they had success on Monday after he was spotted 3km away from his previous sighting.

“He crossed a main road, ran down a driveway and was spotted in a garden.

“They called me, and we barricaded off the garden with crates, we also had a net and a pole with a rope on it.

“He was sitting up against some trellis, so we couldn’t physically manage to grab him. But I got the rope around his neck.”

The owners of the property were away so it was unlikely he would have been spotted again.

“It was our last chance as behind him were crop fields, so he would have just gone.”

Annaliese says the plastic jar was over his head and past his ears.

“I took him to the vets, and they had to sedate him to get it off. He was pretty skinny. He had been two weeks without food or water and would have had only a tiny bit of air getting in.”

The vets said Peanut was an older cat and thought he’d probably been a stray for a while given his coat and condition. 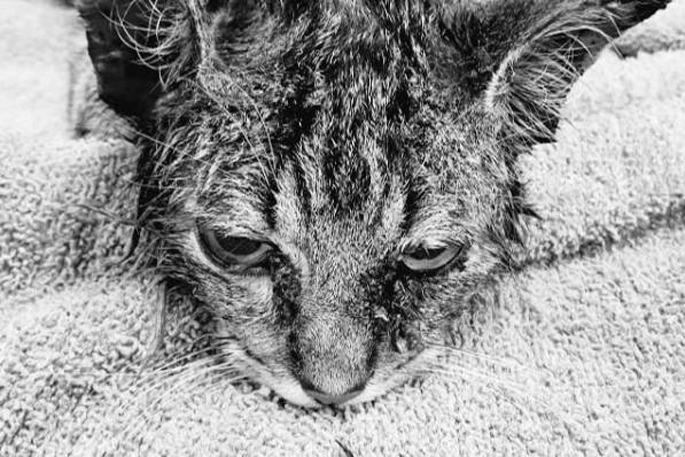 There are plenty of people interested in adopting Peanut. Supplied image/Stuff.

Annaliese does wonder how many of his nine lives he has used up.

“For the past two weeks people have seen him around and over about a week trying to find ways of setting up traps, which was hard because he couldn't smell with the jar on his head.”

Add to the fact he had been seen in different areas, Annaliese was starting to lose a bit of hope of catching him.

But she is confident Peanut will have no problem finding a new home as plenty of people are interested in adopting him.

Annaliese says he’s doing well and will go to a foster home, and be desexed before he is rehomed.

“It will be nice that he will get to see what a family is like.”

... this story had a happy ending. Wasn’t there a movie called "Jarheads"...?

This makes me soooo happy. Bless all of you who worked to save him. xo