Kiwis will skip the ‘olympic games of motocross’ 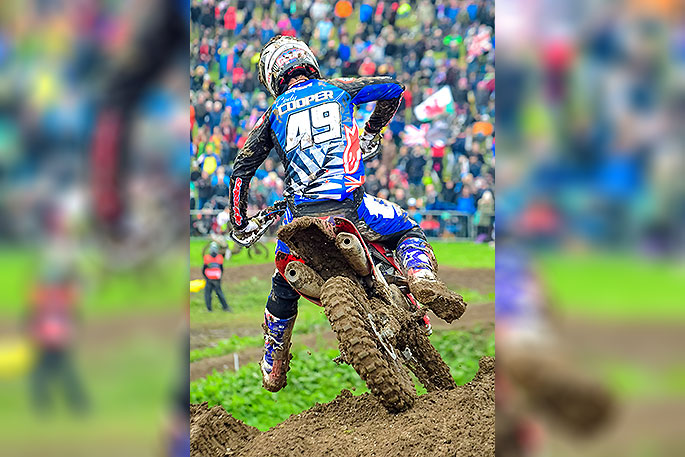 Bay of Plenty's Cody Cooper, pictured here competing at the MXoN in England in 2017, a rider who has represented New Zealand at this event on 10 separate occasions. Photo by Andy McGechan, BikesportNZ.com

This season's "Olympic Games of Motocross" is still tipped to be raced, in England this September, but on this occasion it will go ahead without a team from New Zealand.

The annual Motocross of Nations race weekend is the latest in a growing list of international sporting events affected by the Coronavirus CODID-19 pandemic, with many countries accepting the health risks and logistical difficulties of competing are still too great, New Zealand the latest nation to reveal it won't be sending representation to the MXoN in 2020.

Large parts of Europe are still in the grip of the pandemic and, despite the motocross world championships being rescheduled to resume again in August, the complications of arranging international flights for the riders and their equipment and bikes to, and then back from, the other side of the world for this stand-alone event were deemed just too massive.

Motorcycling New Zealand (MNZ) motocross commissioner Ray Broad says it makes sense not to send our three-rider squad, plus mechanics and manager, to this year's rescheduled event at Matterley Basin, near Winchester in the United Kingdom, on the weekend of September 26-27.

"The health and well-being of our people was the most important consideration."

New Zealand is one of the very few countries in the world to have successfully stifled the virus and the move to shut its borders to the rest of the world is believed to be one of the reasons why this has been possible.

"For our riders and support personnel to leave the 'New Zealand bubble' at this time would not be wise. There is also still some uncertainty about events in Europe at the moment, with the venue for the MXoN also being recently changed," says Broad.

"I totally understand it, however, and we discussed this at length before coming to our decision," says King.

"We have some amazing depth of talent too at the moment, with experienced riders such as Cody Cooper (from Mount Maunganui) and Hamish Harwood (from Auckland) still available to race, along with young rising stars such as Maximus Purvis (Mangakino) and James Scott (Oparau).

"All I can say is that we are looking forward to 2021 and sending a strong team then. We have some great talent here and it will be fantastic when we can showcase this talent to the world again next year.

"By taking a year's break from this event, it will enable us to devote more time to preparation and build more resources for a solid campaign in 2021."