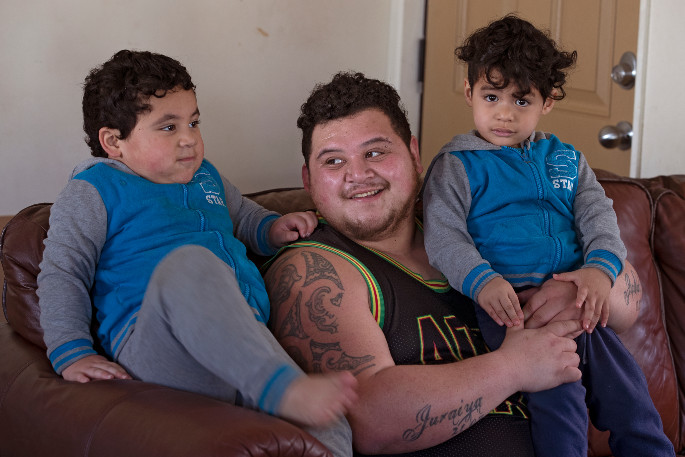 Tauranga dad Jurantii Paul with his son Koda, 4 (right) and Raiya, 3 (left). He has been looking for a rental to call home for the past two years. Photo: John Borren.

Young single parents say they are struggling to secure rental properties in Tauranga because they don’t fit the traditional family mould agents and landlords are looking for.

Twenty-five-year-old single dad Jurantii Paul has been looking for a house for the past two years.

Jurantii, who works fulltime in traffic management, says finding a suitable place to live within his budget is 'beyond difficult'.

He lives with his parents in Welcome Bay but has applied for more than eight houses in the past month and so far has had no luck.

Most of the time Jurantii doesn't hear back from property managers after applying for houses.

And on the odd occasion, he is told he doesn't meet the criteria for specific rental properties.

"The number one thing I hear from agents and landlords is that they will call me back.

"You are on the edge of your seat waiting for that call – and it never comes," he says.

"There are a lot of houses in Tauranga that I won’t even bother applying for now because I know I won’t meet the criteria and they aren't in my budget."

Juarantii is worried about how he’s perceived by some agents and landlords.

“Being a young Maori man with children, I just get looked at by some like I am going to wreck their property. That’s not the case at all.”

Due to increasing desperation, he has extended his housing search as far as Waikato and Whakatane.

"As long as I don't go somewhere too far away from my job."

But despite the ongoing battle to find a home, Jurantii doesn't plan on giving up anytime soon.

"I am just going to keep trying, the worst thing I could do now is give up."

Another single parent, who asked to remain anonymous, says she has applied for 56 properties in the past month and made no progress.

The 23-year-old woman, who is currently living with her grandparents and works full-time, has only been invited to view three properties following the 56 applications.

She says many of the property managers don't even check her references.

"Most of the time I get an automatic no. Lots of agencies won’t even look at my application or check my references."

The mum says she faces discrimination from agents because she doesn't have a partner.

"I choose to be a single parent because my son’s father is not someone I want to have around. It’s my age, the fact I am a single mum and the fact that I was a teen parent. Dealing with judgement is hard."

She says she can support herself and her son on her full-time wage.

Recently she was denied a rental property because the house owner was looking for a ‘mature family unit’.

"When I asked the property manager to elaborate on this, she said they wanted a mother, a father and two children.

"I got denied a house because I don’t have a partner. These are the sort of things people looking in Tauranga are facing."

Like Jurantii, the woman has extended her search to outside of Tauranga.

She says it's extremely difficult juggling full-time work and taking care of her 6-year-old son whilst trying to find a place to live.

“I am trying to apply for houses and get to these house viewings while also holding down my full-time job and people aren’t even getting back to me. 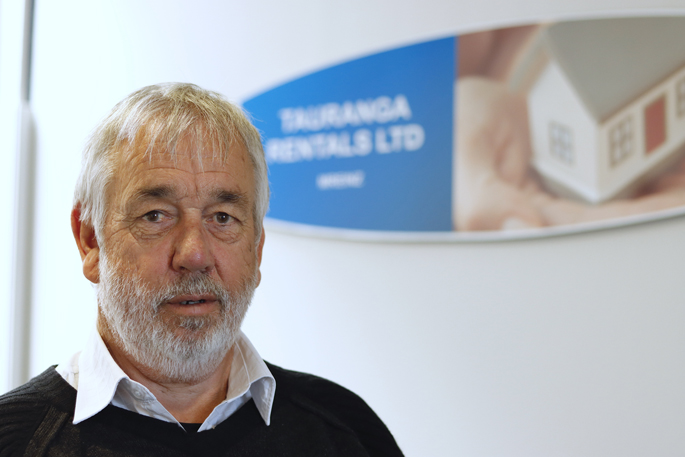 Tauranga property managers are seeing high demand for rentals post lockdown, with one house in Papamoa receiving up to 85 applications.

"We have advertised a couple of properties lately and we have just had an astronomical amount of enquiries, e-mails and phone calls.

"We received 85 applications for a house in Papamoa – and that's not including Trade Me enquiries and endless phone calls."

Tauranga Rentals Ltd manager Dan Lusby says most tenants are staying put right now, which is contributing to the heightened demand for houses.

"What we are finding is tenants aren’t moving around so much because of COVID. People are too scared to move and that's why there aren't many options."

Dan says he doesn't have a problem with accepting single parents as tenants.

"We certainly don't hold that against them, and if they have good references it isn't an issue at all."

"I don't discriminate against young people looking for properties, I like to give them a chance. And 99 per cent of the young ones I have put into rentals have been fantastic tenants."

Other factors he considers when choosing tenants is their character and having a "good stable background".

Single mum Andy Bryan considers herself lucky to have found a rental property in Tauranga.

Andy started her month-long property search earlier this year. She was forced to leave her previous home as the landlord wanted to renovate.

"It was tough, even though I had a ten-year history in the same house it was still not good enough.”

During the search, she submitted hundreds of online application forms.

"Luckily I found a property manager who gave me a chance."

Thought Jacinda was going to sort it ??? Underneath it all this government has achieved zero cmon I know she’s a nice lady but wake up people they are achieving nothing !!!

There are not enough houses available for rent. That means that landlords can be "picky" and get what they perceive is a better tenant. (Rightly or wrongly...) Why aren’t there enough houses? Because legislation has been passed to make it difficult and expensive to rent property with legal rights favoring the tenant. (Good landlords did these things without needing a legal obligation, but, as always, a few bad landlords ruined it for the rest.) Add to this the horror stories of rental properties being trashed by awful tenants, and you can see why there is reluctance to put property on the rental market. There ARE decent, fair, landlords out there, but the ones I know have good long-term tenants in a good rental relationship. We should be looking at more state and council owned property, where they are allocated on need and time in the queue.

Rent as a Sgl Parent