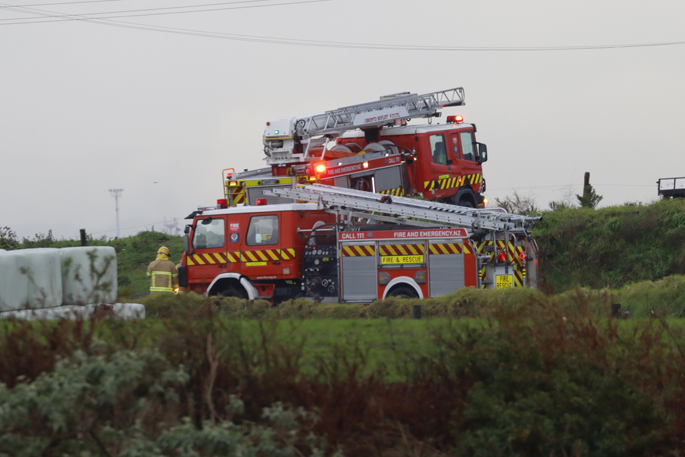 Crews at the scene of the fire. Photo: Daniel Hines/SunLive.

Fire crews have been called to a car fire in Mount Maunganui this afternoon.

Fire and Emergency New Zealand northern communications shift manager Craig Dally says they arrived to the blaze on Matapihi Road at around 3.10pm.

Three appliances are at the scene of the fire, he says.