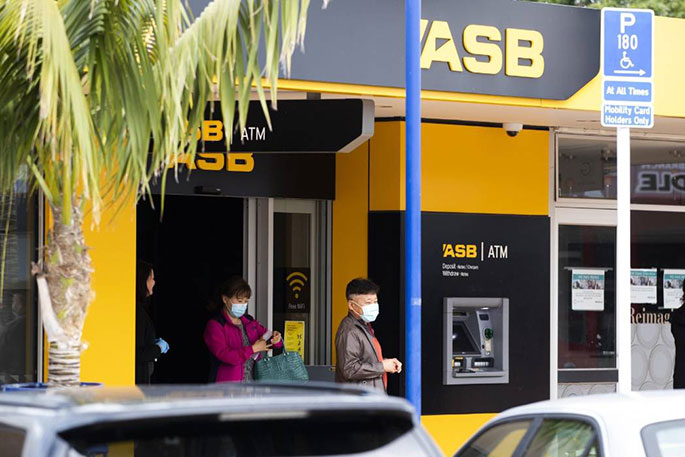 ASB is closing nine branches permanently, while another 25 branches will only open for three days each week.

No jobs will be lost through the closures, and the bank has begun recruiting more than 150 people to work across its phone, online and branch network, says Sims.

Five of the branches closing are in Auckland, with branches also closing in Hamilton, Papamoa​, Christchurch and Mosgiel​.

“Kiwis’ expectations of their bank are changing.

"In the past five years for example, at ASB we’ve seen a 42 per cent decline in branch transactions, and now 85 per cent of our personal customers prefer the convenience of our online and mobile services."

He says since lockdown began in late March, around 13,500 customers had used the bank's digital channels for the first time to do their banking and they are continuing to do so, even though branches are open again.

The branch closures and shift to limited days at other branches will be completed by August 3.

“Making changes to our branches is never easy," says Sims.

"The branches not reopening have experienced very low number of customers using the branch. Some for example serve only 900 customers a year so that’s only two to three a day.

In each case, Sims says, there is a branch nearby for customers to use.

Despite the closures, no jobs would be lost, he says.

“Our team is an important part of this change and no jobs will be lost as a result of these changes. Team members will have the opportunity to move to another branch or other roles within ASB, supported by training to provide more specialised guidance and advice."

Other banks have been culling branches. Westpac announced seven branch closures in May.

Also in May, BNZ also started consulting on branch closures.

Banks are a Business

Like all businesses, banks respond to profitability. If customers are preferring online services rather than going to a branch, then it’s no surprise that the branch will close. Having a business open to serve 2 or 3 customers per day with minor transactions is running at a loss and at some point that just doesn’t make sense. I’m 70 and retired, and happy to use mobile phone or telephone to connect with my bank - it’s not difficult and they will show you how if you aren’t confident.

Well banks don’t mention that they have been closing local branches for years. It has clearly been a program to make physical banking difficult for customers whether they like it or not. No more local shopping trips with a bank being a available. Cash is also being discouraged. Standing at at an ATM in some places can be a very uneasy experience and having to travel to a branch for more complex needs an expedition that can take hours . So banks are profit driven not customer focussed in spite of the spin banks put on closing branches that they have engineered falling numbers deliberately to achieve this result.