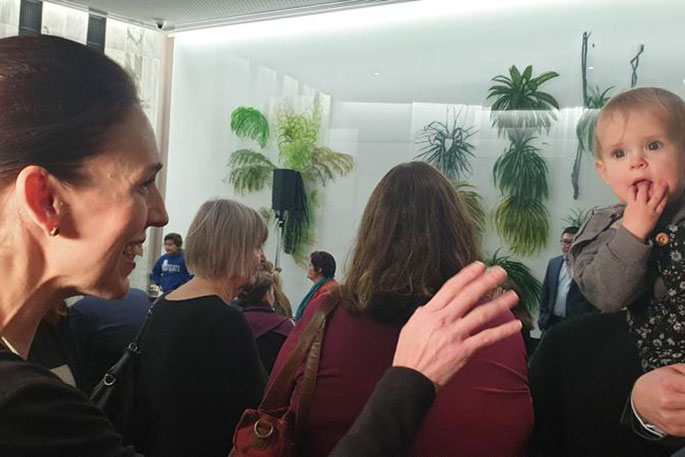 The Prime Minister says it's a "no brainer" for New Zealand families to have as much time with their young children as possible, as she marks today's extension to paid parental leave.

From today new parents can take 26 weeks off work, up from 22 weeks.

The campaign for this level of paid parental leave has been years in the making, spearheaded by the advocacy group 26 for Babies.

Jacinda Ardern herself became a mother in June 2018, but her daughter wasn't at today's event in Parliament.

"As I walked in I thought 'what a shame I don't have Neve with me today' but on second thoughts she's got a bit of a snotty nose which I'm pretty sure she picked up from Chris Hipkins' kids from our playdate over the weekend," Ardern told the assembled parents and toddlers.

She says it's a "no brainer" to have 26 weeks if New Zealand is to be a great place to be a child.

"We know that these are the most important times in a child's life, and when I think about that period and I often look back at those photos in the early days... and think wasn't that just a lovely time - the reality was much different."

She says it reminds her "Neve was so small, so little, and those precious, precious moments when they're so small, and the most important thing is growing those bonds with family".