Vehicle crashes through fence in Katikati 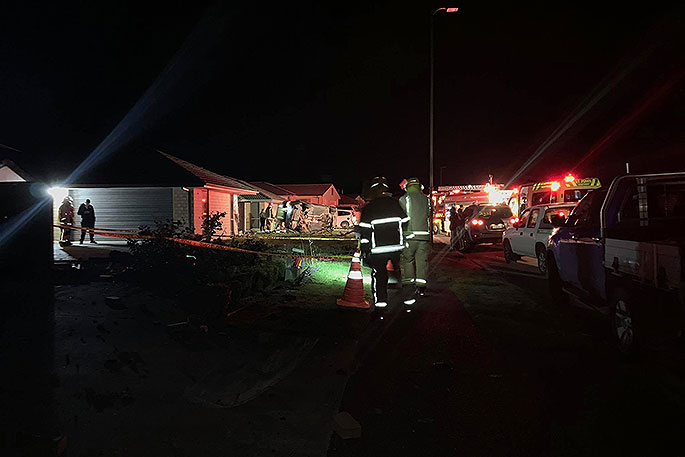 The scene of the crash in Katikati. Supplied photo.

One person has sustained moderate injuries following a crash in Katikati.

Emergency services were called to the single vehicle crash on Middlebrook Drive at 8.50pm.

A police spokesperson says  it appears the vehicle collided with a fence.

"One person reportedly has moderate injuries."

Anyone with information relevant to the incident are urged to contact their local police station.

Alternatively, information can also be called in anonymously via the Crimestoppes 0800 555 111 line.