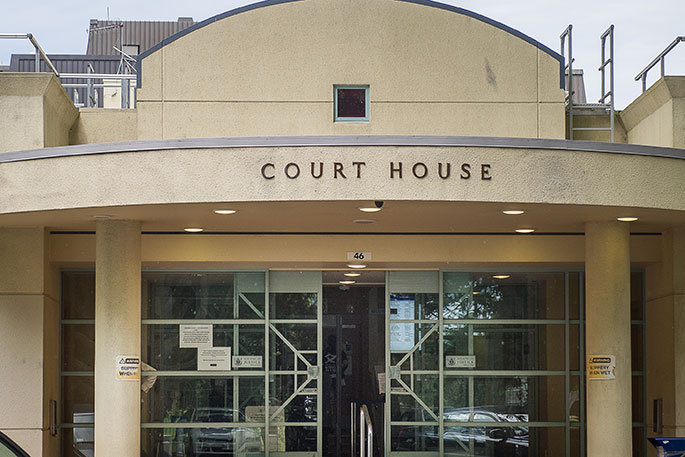 A detainee died three days after being found unconscious in a cell at Tauranga District Court. File photo.

The Independent Police Conduct Authority has found that police did not comply with policy and failed in their duty of care to a detainee, who attempted suicide while in a Tauranga Court cell.

The man was arrested on Saturday, October 7 2017, for a breach of bail.

He was held in custody at Tauranga Police Station for four days before being taken to Tauranga District Court for a hearing on October 11.

A public report released by the IPCA says the man was found unconscious in a cell at 12.35pm.

Mr X, as he is referred to in the IPCA report, had not been checked for more than 20 minutes before he was found.

He was taken to hospital and died several days later when his life support was turned off.

The IPCA says police policy requires items that a detainee could use to harm themselves to be removed.

On October 10, both long sleeves of his t-shirt had been cut while he was being assessed at a medical centre.

Mr X was wearing the cut t-shirt while in police custody at the station and at the court.

"The cut sleeves of the t-shirt clearly had the potential to be used by Mr X to harm himself,” says Authority Chair, Judge Colin Doherty.

“By leaving Mr X in the cut t-shirt, police have failed to meet their duty to keep Mr X safe while in their care.”

The Authority also found that the initial evaluation of Mr X was inadequate in a number of respects and handovers from outgoing custody staff to incoming staff were inconsistent.

In addition, he was not checked as regularly as he should have been for the four days he was in police custody.

Bay of Plenty District Commander Andy McGregor says police acknowledge the findings of the IPCA in relation to the 25017 incident.

“We take our responsibility in regard to the management and care of people in our custody seriously, and an outcome where someone is injured in our custody and later dies is tragic.

"The issues raised in the report in regard to the failure to follow processes have been raised with the staff involved and the need to adhere to the policies in place has been reinforced.

"We have met with the man’s family and we continue to support them.

“We are committed to offering the highest level of service to people in our custody. Work on a national review looking at the safety of prisoners in police custody is ongoing and the IPCA findings will feed into this work.”