Fallen officer‘s funeral to be held in July 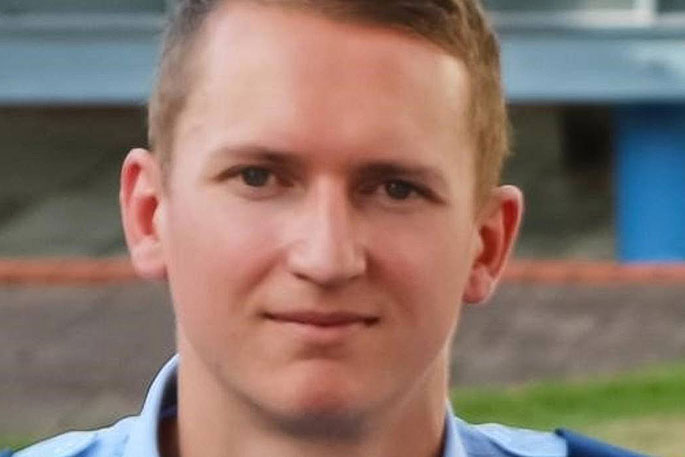 Matthew Hunt, 28, was killed while on duty in Massey, west Auckland. NZ Police/supplied

The funeral for fallen police officer Constable Matthew Hunt will be held at Eden Park in July.

Stuff reports that a death notice in the New Zealand Herald revealed his service will be held at the stadium on July 9 at 11am.

"An opportunity for those who knew and loved Matt to pay their respects," it said.

The funeral has not been able to go ahead until then as returning family had to go into isolation in Rotorua.

The 28-year-old was shot and killed during a routine traffic stop in the West Auckland suburb of Massey on June 19.

The incident left another officer and a member of the public injured.

A police spokeswoman confirmed Hunt's funeral would be held on July 9 at Eden Park.

"We are working closely with Matt’s family to assist them in any way possible. Plans around media are being worked through and we hope to have an update later this week."

Matthew was the 33rd police officer to have been killed in New Zealand in the line of duty since 1890, and the first since 2009.

The last funeral for a fallen police officer was for Senior Constable Len Snee in 2009, who was shot dead during the Napier siege.

There is nothing we can say about the death of this fine young man doing his duty. The tragedy is beyond words.