Injection of $2.5 million into Whakatane 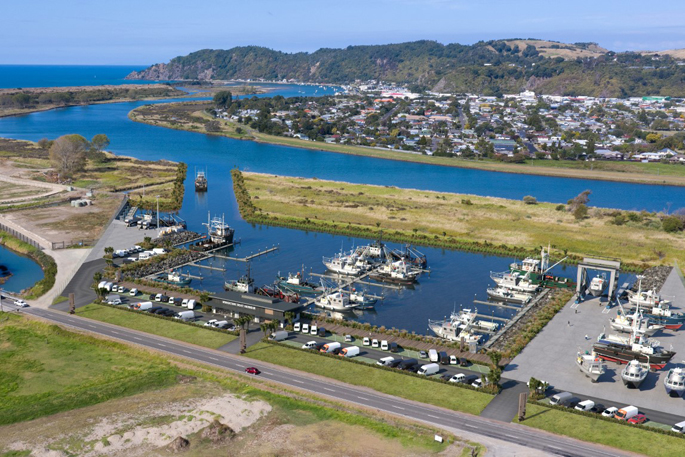 An immediate cash injection of $2.5 million from the Government will go towards a suite of projects aimed at transforming the Whakatane riverfront and CBD, boosting employment and stimulating the regional economy.

It also comes on top of the Government’s $19.6 million for a new boat harbour development, and $9.6 million for the Riverfront Revitalisation project. The immediate funding means these projects will be able to progress through the necessary steps quicker, giving the local economy a much needed boost sooner.

Mayor Judy Turner says that this latest investment will be able to deliver the equivalent of 160 full-time jobs in the next six weeks, with more than 100 jobs able to start immediately and some workers already on site.

“Getting these important roading, infrastructure and environmental projects happening quickly will provide urgent economic relief for the workforce, particularly those who have lost jobs through COVID-19," says Turner.

“We’ll be able to support local contractors to take on workers, coordinate with the Ministry of Social Development to secure positions for those most impacted, and provide an opportunity for training and career development.”

Bay of Plenty Regional Council Chairman Doug Leeder says the projects were a shining example of partnership which will foster a vibrancy and optimism in the community as well as contributing to regional economic recovery and development.

Whakatane District Mayor Judy Turner says continued Government support is a huge boost for the region after major setbacks with the Whakaari/White Island eruption in December 2019 and COVID-19.

“Whakatane has been hit hard in the past six months, but we will rebuild and recover — these environmental and infrastructure projects allow us to get real people into real jobs, right now.”

"Mayor Judy Turner says that this latest investment will be able to deliver the equivalent of 160 full-time jobs in the next six weeks, with more than 100 jobs able to start immediately and some workers already on site." Great during the construction period - BUT how many of the 160 jobs will remain when the work is completed ??