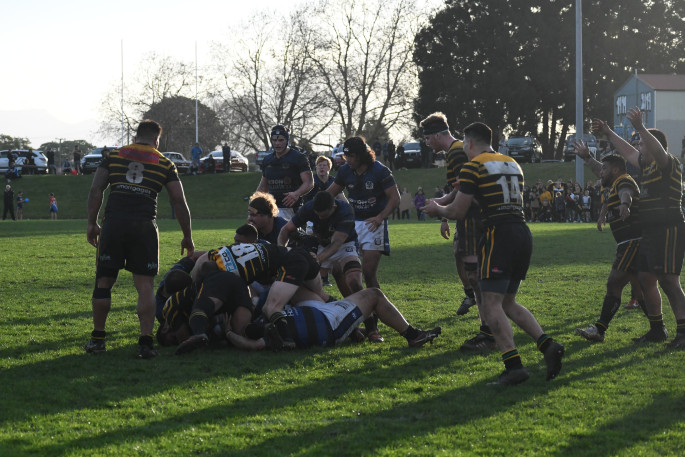 Bay of Plenty Rugby community rugby manager Pat Rae says players are fizzing to get out on the field as senior men and women’s club rugby kicks-off this weekend.

Rae says rugby clubs around the Bay are generating a lot of excitement as they gear up to take part in the 2020 Farmlands Co-operative Senior Men’s Club Rugby competition and the 2020 Toi Ohomai Baywide Senior Women’s Rugby competition, starting Saturday and Sunday respectively.

“There has been some really great discussions and feedback around what club rugby would look like for 2020, and now that we have the date there is a definite buzz amongst the clubs.”

“The premier team was in Mount Maunganui jerseys playing the Development team. They played for about 25 minutes and it was a full-on game and it was so intense, it was insane.

There were massive hits smashes big clean-outs, it wasn’t even at 80 per cent. It was more like 150 per cent. I was on the side line going ‘holy look at these guys going hard at each other’.”

“The women are fizzing just as much as the men. There has been a long time between drinks and the women are looking to get their competition underway with a bang.”

Rae says Bay Rugby formed the Senior Club Working Group made up of representatives from all three Bay of Plenty Rugby Sub-Unions.

“They were really conscious of not putting added strain or pressure on the clubs, to not only field teams in a Baywide competition, but also, to cope with what Baywide Competition challenges bring.

“Like extra travel, funding applications for bus trips. If you think about it, it’s an hour-and-a-half to two-hour drive across our region. Some of our clubs would actually have to do that, in order to play Baywide.

“So, when feedback was sought from all of the clubs, on what they wanted to do, all but three sub unions decided to play locally for this year, just to make it easier for their whānau to support them.”

Rae said he was pleased by the decision to keep it to a local competition for 2020.

“I was 100 per cent behind it. I thought it was a great decision because not only are the clubs and sub-unions working together, but they are working for the betterment of rugby and not just their own individual benefit.

“From a Bay of Plenty Rugby point of view, we just want to make sure that the decisions they are going to make, are going to benefit all of rugby, but more importantly, their local communities.”

Rugby fans can now keep up to date with their club sides with a new MyRugby App developed by New Zealand Rugby. Go to the App Store to download the app. You can follow your local teams to find out about upcoming games and scores. And if you’re a team manager spend less time filling out and sending in paper team-sheets. So you can spend more time on winning the game.

Click here for all 2020 Bay of Plenty Club Rugby draws.