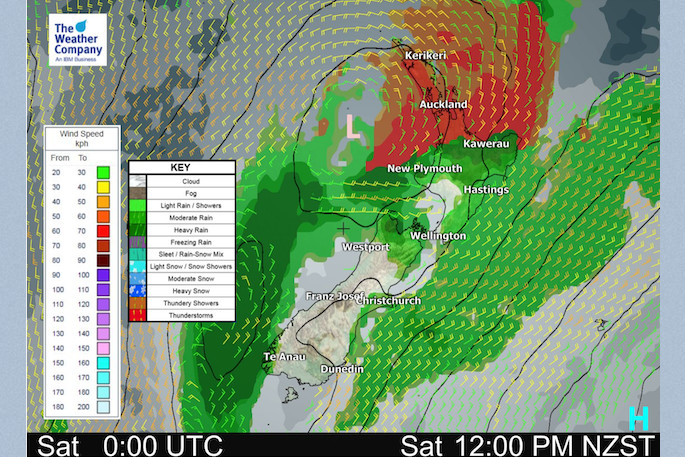 WeatherWatch advised that a low pressure system will bring unsettled conditions to most of New Zealand today.

“Parts of the West Coast and central South Island down through to Southland may have a mainly dry day however,” says weather analyst Aaron Wilkinson.

For Northland, Auckland, Waikato and the Bay of Plenty, showers are expected.

“There may be an isolated heavy fall with thunder in the afternoon then easing in the evening.”

Rain is also expected to be more persistent and consistent about the Bay Of Plenty during the day then easing in the evening. Northeasterly winds and northwesterlies will develop about Northland and Auckland from the afternoon. Northland, Auckland, Waikato and the Bay of Plenty should experience a high of 16 to 18 degrees.

For the remainder of the country:

West Coast
Mostly cloudy, some sun may break through in the afternoon for North Westland. Drizzle about Fiordland then overnight rain spreads to all areas. Light winds.
Highs: 13-16