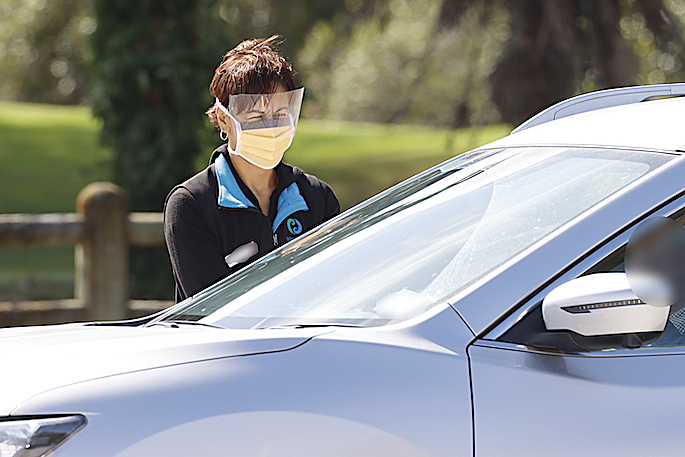 Tauranga CBACs have closed so tests are being done by GPs. Image: Daniel Hines/SunLive.

COVID-19 testing for every person with a cough or cold symptom has been dropped by the Ministry of Health.

Under new Ministry of Health testing guidelines, doctors and testing clinics, are urged to instead focus on those at highest risk.

For the past several weeks, anyone with even a sniffle had been told they can be tested for COVID-19.

But that will no longer be the case unless they fall into a high risk group or their doctor advises it.

The high risk group includes anyone who have recently:

Other people with a cold or flu symptom could still be tested but it will not be a requirement.

The move is expected to put an end to the huge demand for tests in some areas over the past week as cold and flu season hit.

Northland GP Geoff Cunningham was so busy he ran out of swabs.

He was relieved to see the change.

"It would be unsustainable if we were to continue swabbing every minor respiratory tract infection."

Leading public health doctor Nick Wilson, says the change was the right thing to do because there was no evidence the virus was transmitting in the community.

"When you recognise that situation and the fact that we are going into winter when there is a lot more cold and flu, we do have to probably tighten these criteria so we're not wasting a lot of health worker time and resource on inappropriate testing.".

A GP registrar at Papakura Marae's health centre, Julea Dalley, says the clinic would most likely still remain very careful because they were near the airport and likely to see a lot of airport workers.

She welcomes the change, saying she hoped it would mean people who had been avoiding the clinic would make an appointment.

And the clinic still wanted people to turn up with sore throats, because of the risk of rheumatic fever, she says.

The reality is there have probably been at least 100 million cases worldwide, so the death rate is 0.05%, and coming down as cases grow. So currently your chance of dying from it is 0.0005% and coming down as cases outgrow deaths. It’s a flu like virus that no doubt is dangerous for the old and at risk. But there is more chance of some doped up muppet killing you on the road than this thing so settle down. Stop being so frightened. The tiny amount of people coming in at the moment and the tiny cost is not really an issue. The country has bigger issues.

There are reports of the ministry not being able to follow up people giving out false addresses and contact details. Why not name them on Facebook and let the public track them down. Bugger any privacy laws as they are fraudulently supplying false information

surely those in quarantine are the most suspected carriers yet they are allowed to decline a test before release,if that the case why are we bothering with it.They should pay the $4000 if that is the case.Why did the rest of us suffer for these travellers,what are they hiding.Its making a ass of rules to protect our country.They should be banned entry.