Drivers urged to use headlights in heavy rain 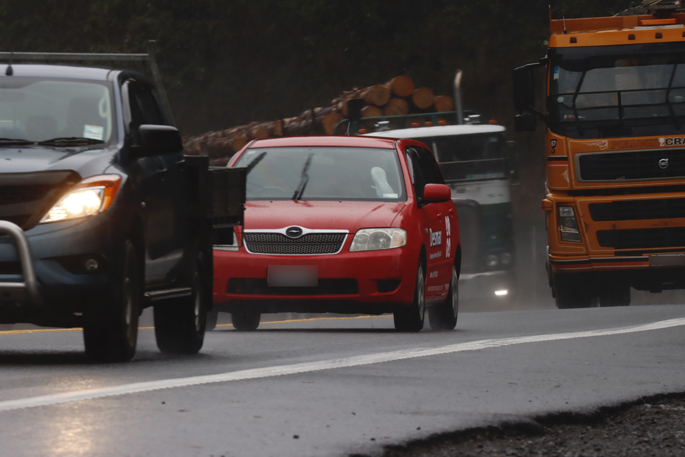 Tauranga police are issuing a timely reminder for motorists to exercise caution when driving in heavy rain.

Major flooding is being reported in Mount Maunganui today, with thigh-high water on Carysfort Street and heavy flooding near the Te Maunga Roundabout.

A severe weather watch is also in force for the Coromandel and Bay of Plenty areas.

Acting Senior Sergeant Wayne Hunter says when there is heavy rain, drivers are reminded to keep their headlights on, be aware of surface water on the roads and take extra care over stopping distances.

Between 12.30 and 1pm yesterday on State High 29 near Old Kaimai Road, 118 vehicles out of 461 were driving without their headlights on.

A SunLive photographer who took a tally says 343 vehicles were driving with lights on.

Wayne says drivers also need to adjust and drive to the conditions when the road is wet, by increasing following distances (using the ‘four-second rule’) and slowing down.

“Doing this allows for the road being more slippery when wet and will get you to where you are going safely.”

He also asks motorists to check their vehicles including tyre tread depth, and condition. 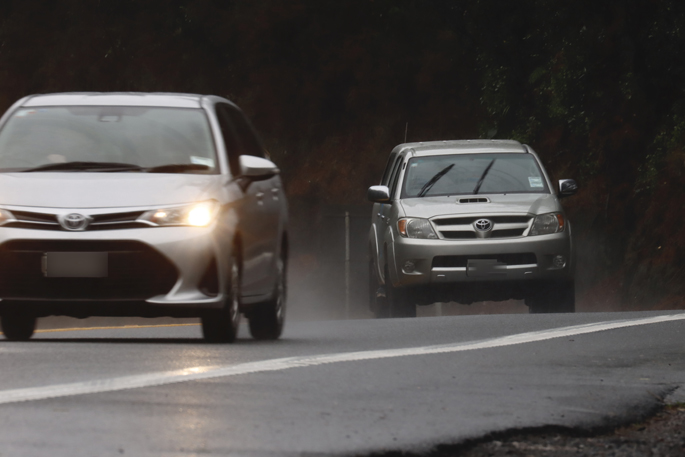 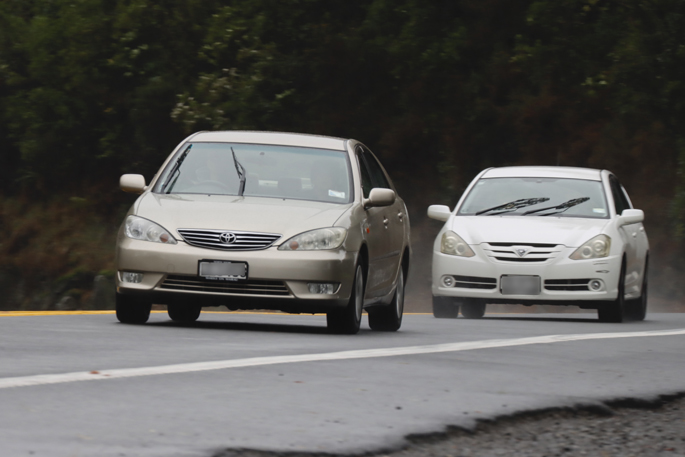 It seems that some drivers only use their headlights when they need to see where they are going and don’t realise other motorists need to see other cars on the road. There can be a line of cars with their headlights on and one car in the middle without. No idea that they are the odd one out. Some have their only their parking lights on. Those are for parking, not for driving. Often only one parking light is operating and the driver has no idea that they can’t be easily seen. Black or grey coloured vehicles at dusk or in the rain are so hard to see, many cars have only one headlight opetating. Be safe and be seen, headlights are not only for you...

What sort of chump drives in this weather without headlights?? It’s not just a question of whether you can see other drivers, they need to be able to see you. Especially as most cars today seem to be grey or silver which are practically invisible in the rain. Even on a fine day, at dusk drivers still don’t put their lights on. And don’t get me started on pedestrians all dressed in black crossing the road at night...