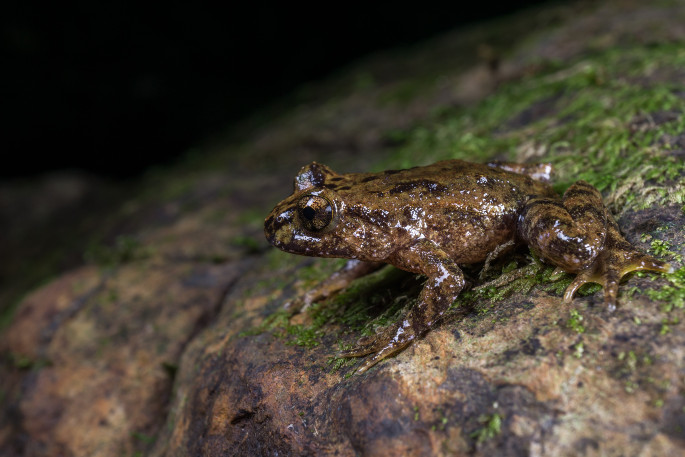 Otawa Sanctuary is home to a genetically distinct version of one of the world’s most ancient frogs, the Hochstetter.

An adult Hochstetter frog has no tail, but has a tail wagging muscle. While that may seem like a trivial fun fact, a tail-less wagging muscle is one of the most ancient features among any frog species in the world, connecting the species to its oldest amphibian ancestors.

Hochstetter frogs are the size of a thumb, don’t croak and are a green-and-brown colour perfect for camouflage.

“We suspect frog numbers are increasing due to the mammal pest control happening in the Otawa Sanctuary,” says DOC ranger John Heaphy.

“We’re not exactly sure by how much because there is no statistically robust counting methodology available for such a cryptic nocturnal species, which spends a lot of its time hiding.

“Numbers are currently likely to be around several hundred.”

Conservationist Carole Long witnessed the discovery of Otawa’s Hochstetters, while on a Forest and Bird expedition in 1992.

“It was quite a stunning find because they’re so small and hard to see,” says Carole.

“One of them came right up and jumped into the lens of one of our cameras.

“We haven’t gone looking for them since in fear of stepping on them. They’re incredibly fragile, so we leave it to the experts now.”

Rats are a threat all throughout the year, rather than just during breeding times like birds.

DOC says developing a way to monitor Otawa’s Hochstetter population is their goal in future.