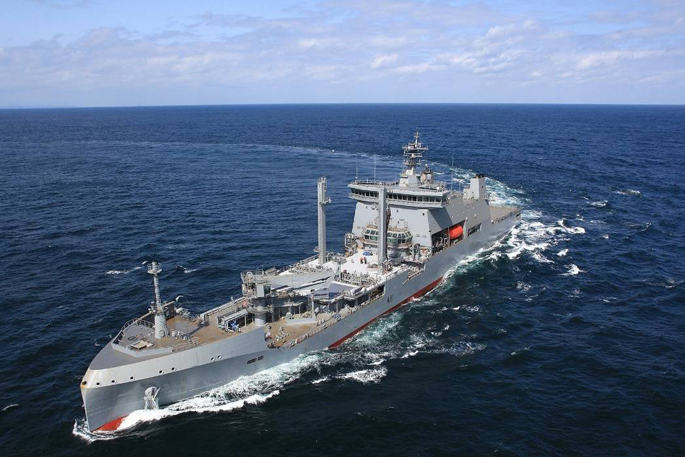 HMNZS Aotearoa set sail for New Zealand on June 10 from the Republic of Korea, Minister of Defence Ron Mark says.

"Aotearoa is the Royal New Zealand Navy’s new fleet tanker and will extend the fleet’s range and endurance during operations that span from Antarctica to the Equator and beyond," says Mark.

"Aotearoa has been designed to support both combat and civilian operations, and to deliver humanitarian relief and support for disaster recovery."

Built to replace the decommissioned fleet tanker, Endeavour, the new ship can carry up to 22 containers of supplies and produce 100 tonnes of fresh water each day.

The fuel carrying capability of 9,500 tonnes is capable of refuelling multiple vessels.

Aotearoa will sail into Auckland harbour accompanied by a welcoming flotilla at 9.30am tomorrow morning.

A flypast by the Royal New Zealand Air Force will also take place at 10.40am. The ship will berth for the first time at Devonport Naval Base where her commissioning will take place next month.

"Sea trials were successfully undertaken in February and March. While most of the work has been completed in South Korea, final work and testing of specialised military systems will be completed in New Zealand.

"Plans for Aotearoa’s arrival in New Zealand have been developed to comply with COVID-19 border restrictions. Approval for the voyage has been granted by the New Zealand Government in accordance with these border control policies and include a testing regime and use of the 16 day delivery voyage for isolation.

"Along with the Korean delivery crew, 11 New Zealand defence personnel who undertook project management and inspection activities will also return on the ship."

The Ministry of Defence and the New Zealand Defence Force has worked with Ministry of Business, Innovation and Employment, Customs, Maritime New Zealand, the State Services Commission, Ministry of Health and other agencies to ensure the plan puts safety first.

"This vessel enhances our national resilience as well as our ability to support our friends and neighbours throughout the Pacific and beyond," says Mark.