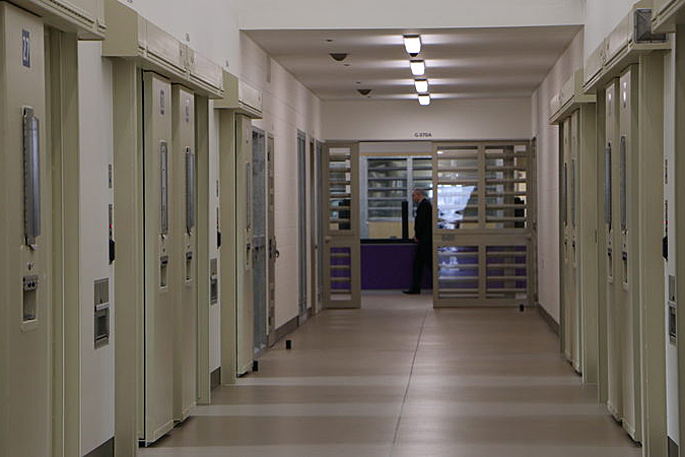 Prisoners serving a sentence of less than three years will now be able to vote in September's general election.

The prisoner voting bill passed its third and final reading last night, with support from Labour, New Zealand First and the Greens.

Almost 2000 prisoners now have that right, but it doesn't stop there.

In a chaotic night at Parliament, prisoners serving any sentence could be advised they can register with the Electoral Commission even though it’s not legal for them to cast a vote.

Justice Minister Andrew Little says anyone serving a prison sentence of less than three years should have the right to vote.

The Green Party last night put forward two changes to the bill, which were considered in Committee Stage under urgency.

The first, which would see all prisoners given the right to vote, failed to gain enough support.

But, in a bizarre twist, the National Party voted in favour of the second change which removes the Electoral Commission's power to stop disqualified voters from enrolling, a move which makes the bill inconsistent.

National MPs were quick to point out the inconsistency during the bill's third reading and Nick Smith tried to move the bill back to the select committee stage, arguing it was a "shambles" and "unworkable".

ACT's David Seymour chimed in too.

"This is the biggest legislative screw up by this government under urgency for about four weeks, since we accidentally passed the wrong law and unwittingly legislated a $2.5 billion business loan scheme because the government couldn't put the right bill on the table."

Little said the move was "mindless politics" from the Opposition.

Smith denied it was his party's support of the amendment that botched the bill and instead pointed the finger at the government.

No one from the Green Party was available to speak to RNZ last night but a spokesperson says the party is waiting for advice on what the changes would actually mean for those in prison.

Regardless of the advice they receive, Little says the amendment will be corrected next week.

Where is the deterrent?

Prisoners have been convicted of a crime and should have no rights other than the right to a bed, a hot shower and food for the term of their sentence. Why are you are giving them rights as if they are law abiding citizens! They forfeited that when they committed the crime. Wake up!

to victims and society. As anyone can go to the Public Libraries, councils, Citizens Advice Bureau etc and view the rolls at their own leisure. Criminals use these to get peoples addresses, find out their jobs etc. It’s open slather to completing the university of crime. If they want revenge for any reason they can go and freely look up your details. It’s all legally right there for them. A Government collated ’Hit List’ for criminals.

The Greens, or more like The Reds, see no reason why our brothers and sisters should not have a say, just because they are currently in a re-education program.

If you take away law abiding peoples rights to live without fear of criminals, then these crims should lose their rights as well. This g-- ---S govt just caved into the mamby pamby do gooders

So wrong. You break the Law your rights are cancelled.

Prisoners not matter how short their sentence should not have a right to vote!!!