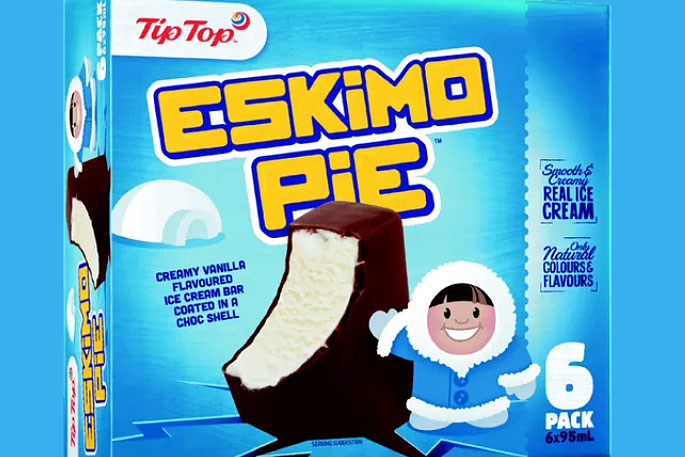 The hasty renaming is prompting celebration from some shoppers but scepticism from some experts, as brands reassert their commitment to respect.

Nestle announced the name change for Chicos and Red Skins lollies on Tuesday, which are sold under the brand name Allen's in New Zealand, to ensure "friends, neighbours and colleagues" weren't marginalised.

It said the names had overtones which were "out of step with Nestle's values, which are rooted in respect".

Griffin's said on Wednesday it was in the process of finding a new name for its Afghan biscuits, which could be named in reference to the 19th century Afghan wars, although it acknowledged "there are other theories in circulation".

Tip Top has also pledged to rename its Eskimo Pie ice cream bars and remove the eskimo character printed on the packet within the next few months, because the name had "changed meaning" since the product was introduced in 1940.

Pascall's has also announced it will be changing the name of its eskimo lollies.

Melanie Sharma-Barrow, a consultant whose firm educates companies on diversity and culture, says brands should set a good example.

The contention around Eskimo Pie and eskimo lollies dates back at least as far as 2009, when Christchurch-based l'Université de Montréal academic Nicole Gombay drew attention to the effect the depictions had on some inuit communities.

At the time, Pascall said the overwhelming majority of consumers did not find Eskimos to be offensive.

"What is remarkable about New Zealand is the degree to which, relatively speaking, there is an awareness about, and sensitivity to, indigenous issues. At some level perhaps that has become stronger over the years," says Nicole.

"Companies are driven by the need to make profit and their shareholders want them to make profit. But I think this has become a very big thing and a very big international thing, so while their previous stand and previous naming was tolerated I think now the push is so overt that companies feel obliged to make these decisions and to change potentially offensive names."

Arguably one of New Zealand's foremost authorities on sweet treats is writer Madeleine Chapman, who ranked all 65 dairy lollies and all 142 biscuit flavours in New Zealand from worst to best for The Spinoff.

She thought eskimo lollies could probably be removed from the shelf entirely because they are "disgusting", but says it's not hard for companies to ensure their lolly names are inoffensive.

"A biscuit name or a lolly name or a confectionary name should have no effect on anyone. I mean you can literally call it anything.

"It's kind of amazing that people in the first place saw a bunch of sugar clumped together and thought of a race of people or a certain community. I mean, just call it 'lino' or something, that's just a thing I'm looking at now."

Val Hooper says we might never know why controversial names are able to creep into New Zealand lolly cupboards, but brands should double check that their values are reflected in every aspect of their business, including their product names.

The beauty industry is also reconsidering its branding in response to criticism over racism.

Eskimo Pie and tiptop all lives matter anything less are rasist

Do not refer to themselves as ’Eskimo people’.... they are Mongolian Inuits. They don’t even think of themselves as Eskimos at all. To them, Eskimo means nothing. If calling an ice cream an Eskimo Pie is offensive... does that mean Australians calling an esky an esky is harmful too? They might have to call them by their proper name (a chilly bin) Woops, that may upset people from Chile? . As the others have said, our world is in trouble... big trouble. And, BTW, All lives matter!

What am i going to ask for? brown or white bread gone. What is the neutral colour of bread now going to be? Cant call it a loaf either it might upset one of the homeless street people! Oh and then there’s my other favorite dark chocolate or white! HELP!!

Childish rubbish. Get a life.

Omg what a joke

How bloody tupied can you get its been around for year and its now getting chande because of this silly little thing i carnt beleve it what about whites do matter. its all ways the Maoris etc get every thing they want what about the otherers how stuiped can u peopl get it a joke new zealand is STUFFED!!!

This stupidity is going beyond even PC. (Hope no one’s offended by that)

How absolutely ridiculous and pathetic. What sort of mamby pamby pathetic society are we breeding here. What about Camel Dates? Are we going to rename James Cook Drive in Welcome Bay and remove all the statues of Captain James Cook in NZ, school history classes should stop teaching history and teach future instead, museums need to take a good look at what they’re displaying . . . All sounds pathetic and that’s because it is but it’s the way we’re going.

Whos racist in NZ,you need to be one to reconise one.Whats racist about a icecream.

A step too far?

If I ask for red or black paint at Mitre 10 will I be offending some person of colour? Will white or brown sugar be renamed? What an absolutely insane PC-correct world we are making.

virtue signalling from the looney leftist liberals. Did these idiots actually ask the Eskimos if they wee offended by the so called "derogatory" name, I doubt it, these social justice warrior morons seem to think they can decide what race, colour or sexual orientation is suffering from abuse and "hate crime" (their latest catch cry), then they scream and moan for change. They preach tolerance and diversity, but they do not practice it. Worlds gone mad when Feelings matter more than facts.

this whole racist thing is just becoming a huge joke. seems like you cant say or do anything now or someone brings up the racist thing. whats going on cant even laugh at ourselves now