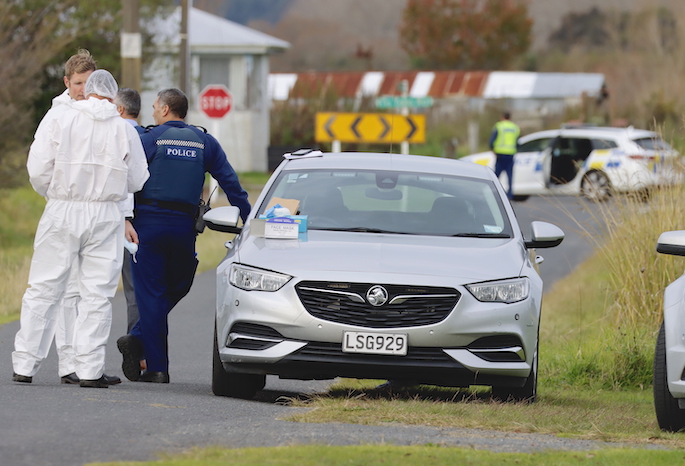 The man was arrested following the death of woman in Te Teko on June 12. Photo: Daniel Hines/SunLive.

A Bay of Plenty man accused of murder is due to appear in court next month.

The man was scheduled to appear in Tauranga High Court today, but had his court case rescheduled until July 1.

The 24-year-old was arrested following the death of a woman in the rural Bay of Plenty town of Te Teko on Friday, June 12.

The alleged offender first appeared in Tauranga District Court via audio-visual link from Rotorua on June 13.

He faces one count of murder in relation to the woman’s death of a woman at a property in Powells Rd in Te Teko.

Police were called to a property after a "serious incident" around 11.15am and took the man into custody.

During his appearance on June 13, the man entered no plea and was granted interim name suppression by community magistrate Lesley Jensen.

The magistrate also ordered suppression of the victim’s details until a post-mortem and formal identification was completed.

The man was remanded in custody until his next court appearance.