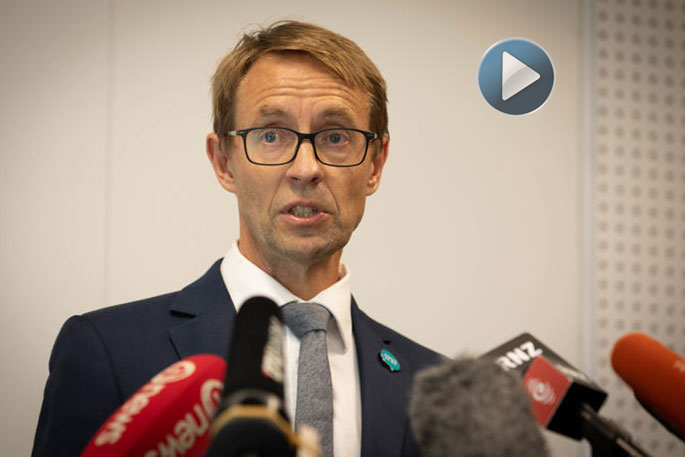 There are two new cases of COVID-19 in New Zealand today.

Director-General of Health Dr Ashley Bloomfield says both of the people are in managed isolation at Jet Park Hotel in Auckland.

The first is a man in his 20s who arrived on June 19 from India.

He was in managed isolation at the Pullman before being transferred to Jet Park Hotel.

The second is also man in his 20s who arrived from Los Angeles USA on June 18. He has been at the Jet Park Hotel since his arrival.

Ashley says both cases were picked up in routine testing at day three after their arrival.

One of the cases in Wellington is now recovered, he says.

To be considered recovered a person must be asymptomatic for 48 hours and return a negative test, says Ashley.

The number of active cases in the country is 10 and the total number of confirmed cases in 1165.

Since June 9 everyone in managed isolation has been tested at day 3 and day 12 of their stay, he says.

There have been suggestions people should be tested at the border but they do a health screen and anyone with symptoms goes to Jet Park, says Ashley.

He says they reason tests are done on day three and day 12, is a test at this time is more likely to pick up the virus.

"The reason why we don't test on arrival, and we wait till day three of isolation is because that is about day five of people's journey ... and we know testing then is more likely to pick up infection than earlier testing from when people may be incubating the virus but not test positive."

The 14 day mandatory managed isolation has been and is the most important procedure in border control and stopping the virus, says Ashley.

EARLIER: The Director-General of Health Dr Ashley Bloomfield will provide an update on COVID-19 today at 1pm.

Yesterday there were two new cases of the virus, both people are in a managed isolation facility.

There are currently nine active cases of COVID-19.

He says the first case is a teenage girl who arrived back in New Zealand on June 13.

"She was staying at the Novotel Auckland Airport Hotel and her only symptom was a running nose."

Ashley says the second case is a man in his 30s who arrived in New Zealand on June 15 from India.

"He had been staying at Grand Millennium Hotel. He has shown no symptoms at this point."

Ashley says his wife, who he had been travelling with, has no symptoms either.

Both cases have been transferred to the Jet Park Hotel, which is where all the confirmed cases are.

On Sunday, laboratories carried out 3402 tests. The total number of tests done in New Zealand to date is now 344,519.