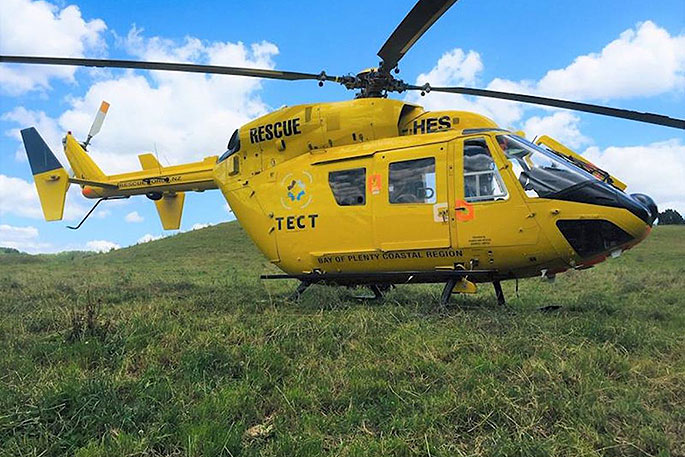 A Tauranga child has been airlifted to Waikato Hospital with serious burns.

The nine-year-old was flown to hospital after accidentally spilling boiling water on herself.

The TECT Rescue Helicopter was called on Monday to transport her to Waikato Hospital, says a spokesperson for the rescue helicopter.

“The young girl was carefully monitored by the onboard Intensive Care Paramedic.”

She was airlifted to hospital with her mother.