One critically injured in BOP crash 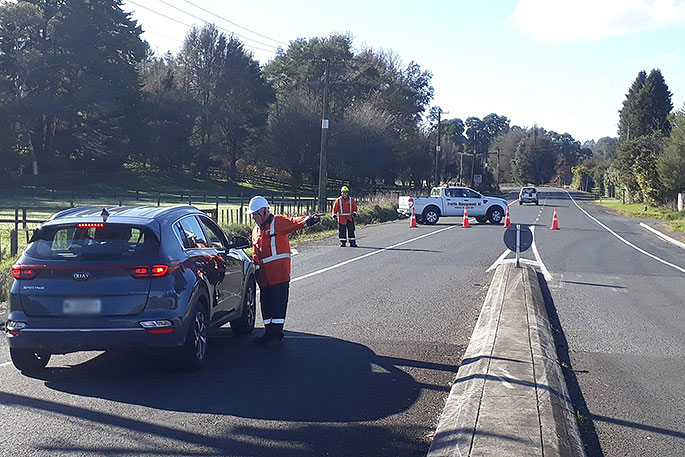 UPDATE 12.50PM: A person is in hospital in critical condition following a crash in the Bay of Plenty.

State Highway 30. at Tikitere, was closed around 10am following reports of a serious crash.

NZTA reported the highway was closed, near Curtis Road, in the Rotorua region.

Diversions had been put in place to allow the serious crash unit to examine the scene.

A police spokesperson says the road has now reopened after the serious crash on SH30, Tikitere, earlier.

"One person was transported to hospital in a critical condition.

"Enquiries into the circumstances of the crash will continue."

State Highway 30 in the Bay of Plenty is closed following a serious crash this morning.

The NZTA reports the highway is closed, near Curtis Road, in the Rotorua region.

"This section of the state highway is closed. Follow the directions of emergency services.

"Avoid the area where possible."

A police spokesperson says emergency services are at the scene of a serious two-car crash on SH30, Tikitere, near Rotorua.

"The road is closed and the Serious Crash Unit will examine the scene.

"Motorists should avoid the area if possible."

Motorists travelling from Edgecumbe to Rotorua should use SH2 to SH33 Paengaroa and then SH33 south to Rotorua.