More rain on the cards later this week 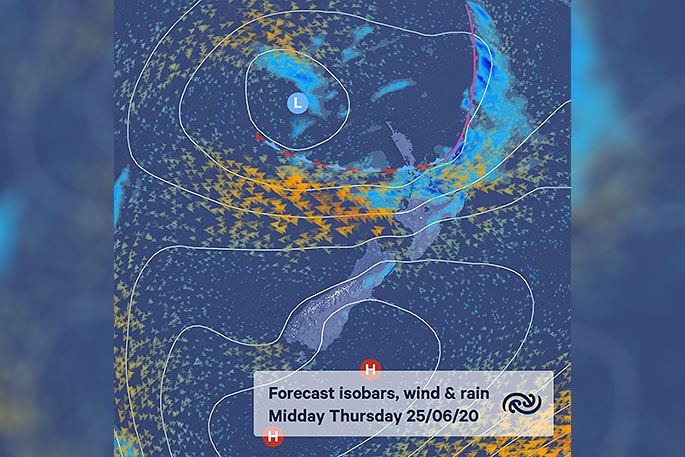 A weather map showing what conditions are expected to be like on Thursday. Image: MetService.

Following on from the rain that fell about northern and eastern parts of the North Island during the past week, MetService is forecasting more rain and strong easterly winds for those areas during second half of this week.

“Although the rain that fell over northern parts of the country last week would’ve been welcomed by most, heavy falls about the southern Coromandel Peninsula on Sunday morning caused some flooding, closing State Highway 25 for a time," says MetService meteorologist Peter Little.

This week a new low pressure system and it’s associated fronts are poised to bring another burst of rain to northern and eastern parts of the North Island, along with strong to gale force easterly winds.

“The forecast of more rain will be well received by many folk in these dry parts of the North Island. However, there is the potential for the rain to be heavy and prolonged in some areas, which could lead to flooding.

"At this stage the Coromandel Peninsula and western Bay of Plenty look most likely to receive the heaviest and most prolonged rain, and Severe Weather Warnings and Watches may be issued in the coming days."

Meanwhile, a ridge of high pressure remains slow-moving over the South Island, keeping the weather relatively settled there.

“Aside from some cloud and patchy rain or drizzle in eastern regions, the weather should be predominantly fine, with the cool mornings continuing in sheltered places."