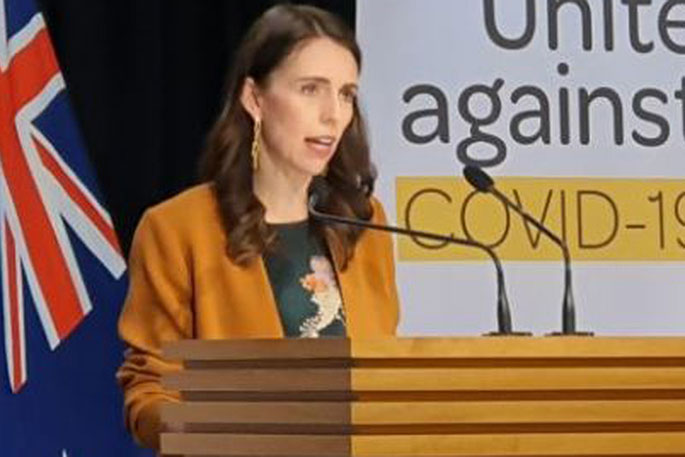 Crew on international cargo and fishing vessels are being added to the list of people who must spend 14 days in quarantine if they wish to take any 'shore leave'.

On Monday, Prime Minister Jacinda Ardern says the new order is among a series of announcements aimed at "restoring New Zealanders' confidence" in quarantine measures to prevent the spread of the COVID-19 virus.

Crew can only come ashore earlier, other than to assist with unloading a vessel at the wharf, if they had spent 28 or more days at sea, says Ardern.

Previously, crew have been allowed ashore if they have spent 14 days or more at sea. The new order will apply from June 30.

Among other measures announced is a further extension of the statutory 'health order', which was to expire at midnight on Monday, and a restatement to be "crystal clear" that "the expectation and the explicit directive of Cabinet is testing in quarantine".

"We are reaffirming that today," says Ardern after a string of embarrassing revelations that exposed significant flaws and non-compliance with existing quarantine procedures.

They include the release of two women from isolation in Auckland without being tested for COVID-19 who were then allowed to drive unsupervised to Wellington following the death of a parent.

Both subsequently tested positive for the virus.

"No one will leave quarantine without an all clear test."

Ardern also announced the cruise ship ban that is due to expire on June 30 will be extended.

More broadly, she says there will be an ongoing 'surveillance testing' programme that tests more randomly for the presence of the virus, which New Zealand has largely eliminated within its borders, at a time when the World Health Organisation has warned that the global pandemic is gathering pace in most other parts of the world.

Accompanied by the minister now in charge of the quarantine process, Megan Woods, Ardern also raised the prospect of returning New Zealanders being asked in the future to make "co-payments" to help fund their quarantine, which is being undertaken in a range of hotels in Auckland, Christchurch and Rotorua. Some Wellington hotels have also used in the past.

New Zealanders wanting to return home also had to have the right to continue to do so.

Woods acknowledged that $298 million of funding set aside for quarantine accommodation is intended to meet costs through to the end of the year, although that is not a prediction that quarantining will be required for that long.

She says the government has sufficient capacity in quarantine hotels to meet demand from people arriving in NZ, despite numbers doubling in the past month.

There are 4607 rooms available, of which 4108 are currently in use. Over the next two days, an estimated 839 arrivals were anticipated, with 466 due to be released in the same two days.

Ardern says the Ministry of Health has not collected data about people in quarantine in a way that let it to know how many people left quarantine without being tested.

But, she says it's the lack of testing, rather than the subsequent lack of traceability, that is "unacceptable".

While longer-term quarantine facilities are being considered, if it proved that more were needed or that hotels needed to return to their normal use, the bottom line requirements of such facilities was that they should be built to keep people separate and using separate facilities.

"Those would up the cost of creating anything ourselves," says Ardern.

These are sensible and reasonable precautions. It is good to see a measured and sensible approach to a dangerous risk.