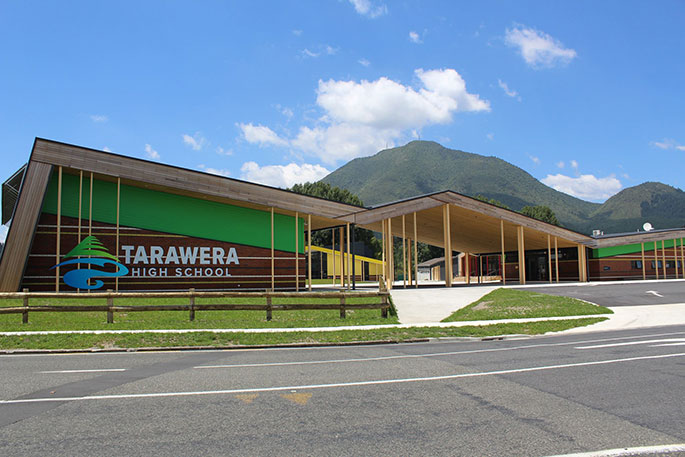 Tarawera High School has been put in lockdown this morning after reports of a threat being made.

A police spokesperson says police are present at the Bay of Plenty school as a precaution.

“Police are working to establish the circumstances surrounding the threat and to speak with those involved.”

People in the area have been posting on Facebook stating the school is in lockdown after a student threatened to have explosives in their car, however, police have not yet confirmed this, Whakatane Beacon reports.

The police spokesperson says she understands the lockdown may be lifted shortly.

A resident in the area says the school was placed into lockdown as a precaution.