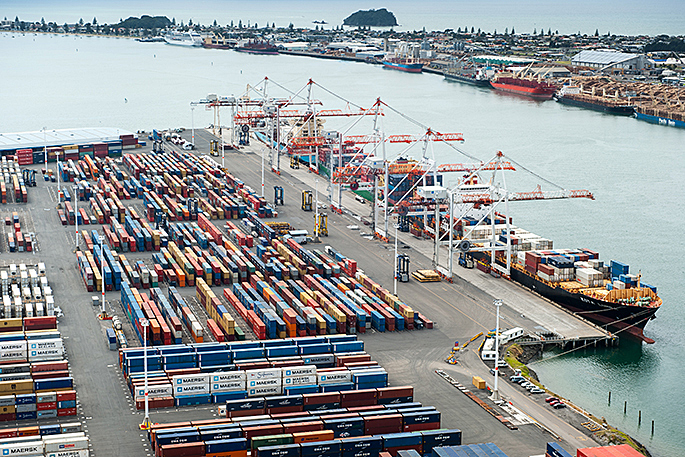 Turnover was $427.6 million with new weightings in S&P/NZ indices and FTSE/Russell indices prompting large investors to adjust their portfolios.

The benchmark index gained more than three per cent this week as investors looked past the threat of a second wave of COVID-19 in favour of a better-than-expected earnings season.

The “dash for trash” - as investors bought into the hard-hit stocks once the economy reopened - has slowed as the pandemic proves more persistent than some had hoped, he says.

The new virus flare-ups have put the brakes on the market, but central bank support and recent earnings results are strong enough to maintain momentum.

“Reporting season has been better than expected, companies in general have delivered less-worse results,” says Solly.

“It has been a more-buoyant reporting season and stock markets are reflecting that.”

Investors resetting their portfolios in line with the NZX 50’s quarterly reweighting is causing some significant share price movements on Friday, says Solly.

Port of Tauranga led the market higher, rising 9.9 per cent to an all-time high at $8.09 with 1.1 million shares traded.

Solly says the stock has generally been performing strongly but Friday’s jump is driven by the index reweighting.

SkyCity Entertainment Group rose 4.8 per cent to $2.85 as it continued to bounce back from recent lows after raising new capital this week.

The casino operator has shown a reasonably strong recovery from the lockdown, which reassures investors, says Solly.

Auckland International Airport rose four per cent to $6.81, while Air New Zealand dropped 3.2 per cent to $1.51.

Research analysts at Jarden downgraded the airline to 'underperform' and set a target price of 85 cents on Friday.

A note to clients says that without a capital injection the airline will have to begin using the government’s $900 million loan in financial year 2021.

“We continue to view Air New Zealand as having a heavily skewed risk and reward at the current share price,” says the analysts.

“Investors should remain watchful of the very real prospect of material shareholder dilution.”

Gentrack posted the day’s biggest loss on its last day of trading as part of the NZX50 index, falling 4.5 percent to $1.50. It is up 9.8 per cent this month but down almost 60 per cent this year.

Napier Port Holdings, which replaces Gentrack from today, rose 2.6 per cent to $3.90.

A2 Milk declined 2.5 per cent but is up more than eight per cent to $20.33 this week following the announcement last Friday that it would be included in the S&P/ASX 50 Index.

Outside the benchmark index, Eroad rose 11.9 per cent to $3.29 after reporting a 32 per cent lift in annual revenue.

The company says it expects slower growth in recessionary conditions through the 2021 financial year.

Metro Performance Glass fell 6.4 per cent to 22 cents after reporting an annual loss of $77.9 million.

It wrote down goodwill by $86.5 million because of increased competition, the impact of COVID-19 and because it expects lower construction activity for the next 12 to 24 months.

Solly says Metro’s share price had been “smashed” by the result as it illustrated how tough the current trading environment could be.