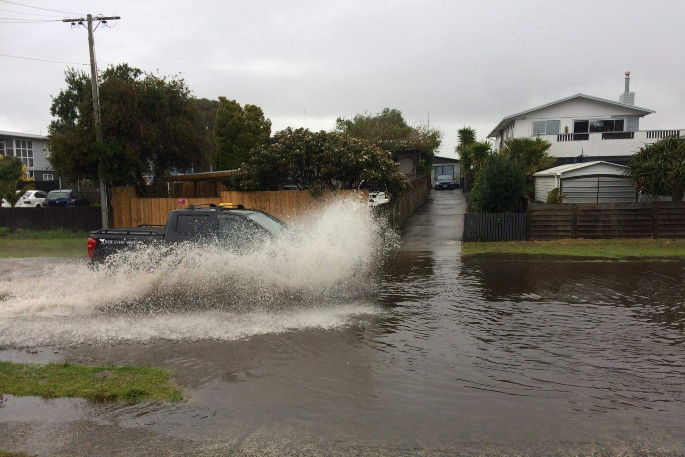 Heavy rain is expected today about Gisborne, Coromandel Peninsula, and in the Bay of Plenty north of Katikati.

SH25 between Hikuai and Tairua has been closed due to overnight flooding, and there are traffic delays on SH2 in the Waioeka Gorge between Opotiki and Gisborne due to a slip covering the southbound lane.

The MetService advise that a complex low northwest of Northland is expected to move slowly eastwards today, directing a moist east to southeast flow over the North Island. Its associated fronts continue to bring rain or showers to much of the North Island, with the most persistent rain likely about the ranges of northern Gisborne.

People are advised to stay up to date with forecasts in case any changes are made. 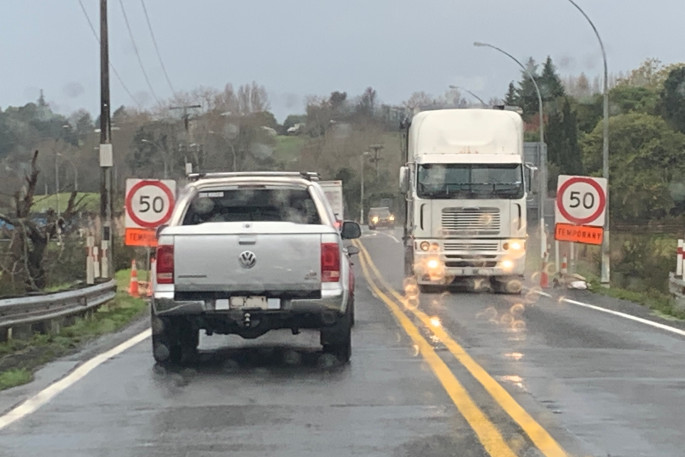 Motorists are advised to take care while driving

For the ranges of Gisborne, also north of Tolaga Bay the MetService has forecast periods of heavy rain between Saturday night and Monday morning. Expect 100 to 150 mm of rain to accumulate north of Tolaga Bay, especially about the ranges, and 60 to 90 mm farther south. These amounts are in addition to rain that has already fallen. Peak rates of 10 to 20 mm per hour are expected.

A heavy rain watch is in place until Sunday night for the Coromandel Peninsula and the Bay of Plenty north of Katikati with periods of heavy rain and possible thunderstorms. Rainfall amounts may approach warning criteria.

Look at me. Arnt i an idiot. Who is that clown going through flood waters at that speed. Can’t possibly know what is below the surface wether it be debris or mabee even a hole in the road. What about the wake he is causing, doing more damage to peoples property. Would probably be the first to complain if somebody did it outside his place.