Police speak to people of interest after shooting 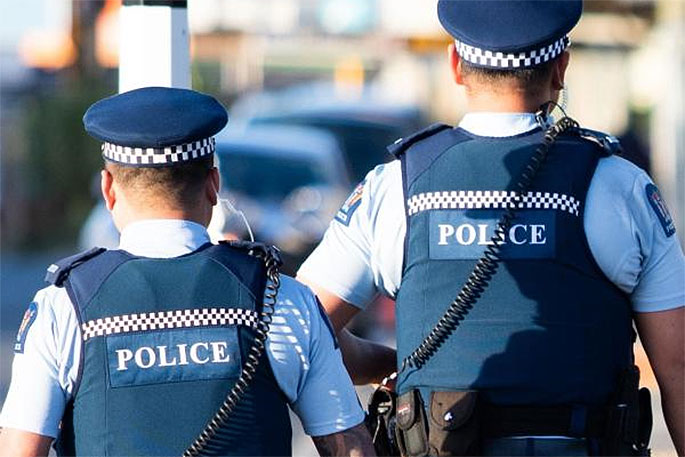 Police Commissioner Andrew Coster says they are speaking to "two people of interest" after the fatal shooting of an officer in West Auckland today.

In a news conference held late this afternoon, Coster told media Auckland police would remain armed for the time being.

He says a firearm has been recovered.

Two officers were shot, one fatally, after after the incident that happened at around 10.30am on Reynella Drive in Massey.

Coster says multiple shots from a long barrelled firearm were fired at the officers after they approached a vehicle that had crashed after they had tried to pull it over.

Police Minister Stuart Nash says the police officer who died in the shooting was a man who had dedicated his career "to keeping us safe."

Coster confirmed at a media conference earlier this afternoon the officer had died and said it was "absolutely devastating" news.

A member of the public was also hit by a vehicle after police performed the traffic stop and suffered minor injuries.

My heart goes out to your devastated family and your young life so tragically taken. Such of an important member of our society. God Bless RIP

This is awful. A police officer going about his job to keep is safe and doesn’t return home. My thoughts are with the officer’s family. R.I.P.