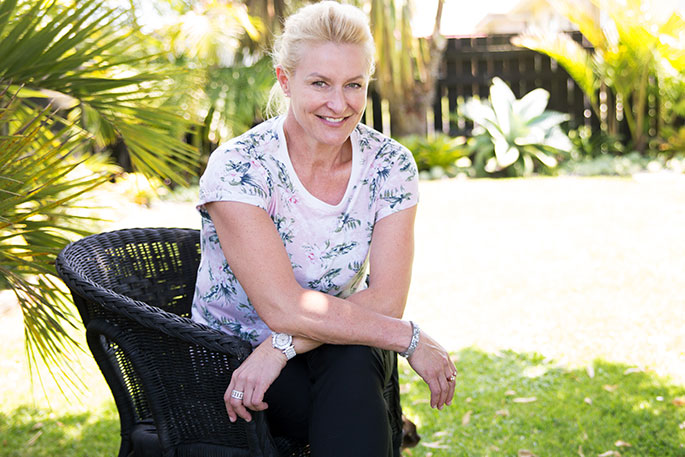 Sally Blockley will be opening her garden to the festival for the first time.

Tickets are about to go on sale for the upcoming BOP Garden & Art Festival, which will be held this November.

Festival director Marc Anderson says the November 19-22 event will be laden with plenty to please, incorporating both the ever-popular garden and art trail, and Bloom in the Bay’s many family-friendly facets.

The festival trail will include 68 of the district’s best gardens and the work of about 100 artists – with that number comprising individual artists as well as groups, such as Tauranga Art Society and Bethlehem Pottery Club.

Marc confirms festival favourites will be joined by about 25 per cent of gardens new to the festival.

“That’s exciting. The festival is just such a great opportunity to see what’s blooming and looking beautiful behind the walls and hedges and down the garden paths of some of our district’s properties. We’re grateful, as always, that so many of our district’s talented gardeners and artists are happy to showcase their creativity in this way."

This year’s festival will include more new offerings.

There will be designated e-bike routes for those keen to cycle some sections of the trail. And, the festival hub is on the move, leaving its Historic Village site and heading to Tauranga Racecourse where Bloom in the Bay will also be based.

“The Historic Village site served us well, and staff there will continue to look after the seven concept gardens that were created there during the last festival. We feel it is a great idea to create new gardens around town, so will now be doing that at the racecourse,” Marc says.

Four concept gardens – featuring the handiwork of local creatives such as Nichola Vague (of Zones), Lara Bui (Cool Plants) and Isaac Weston (Re.Work.It.) – will be created.

“We’re very happy the racecourse is partnering with us as a festival hub provider. It’s a really good venue with plenty of parking and lots of space for activities geared at pleasing the whole family."

The event will be open to the general public with $5 ticket sales at the gate during the festival days.

Entry is free for children aged 14 and under and for festival pass holders.

“You don’t have to have a festival ticket to enjoy Bloom in the Bay. If you are not able to attend the garden and art trail, Bloom in the Bay offers an opportunity to get involved in the festival all the same. We’re ensuring it holds wide appeal, so many people can embrace our district’s biennial festival,” Marc says.

All ticket purchases will receive a receipt that will be redeemable for a Festival Pack comprising of festival pass, festival directory and garden and art trail map. Festival Packs will be distributed closer to the festival date.

General tickets will also be available at other outlets, including those in outlying areas such as Katikati and Te Puke.

Bayleys will again be the overall festival partner.

Early bird tickets can be purchased at Palmers Bethlehem (the festival’s garden and art trail sponsor) or by visiting www.eventfinda.co.nz, or www.gardenandartfestival.co.nz.

The Super Early Bird Specials will be available until the end of June.

Those who miss out on the Super Early Bird Special, can tap into savings offered by Early Bird Tickets which will be available from July 1. General tickets (at no reduced price) will be sold from August 1.