Fewer listings but house prices push higher in May 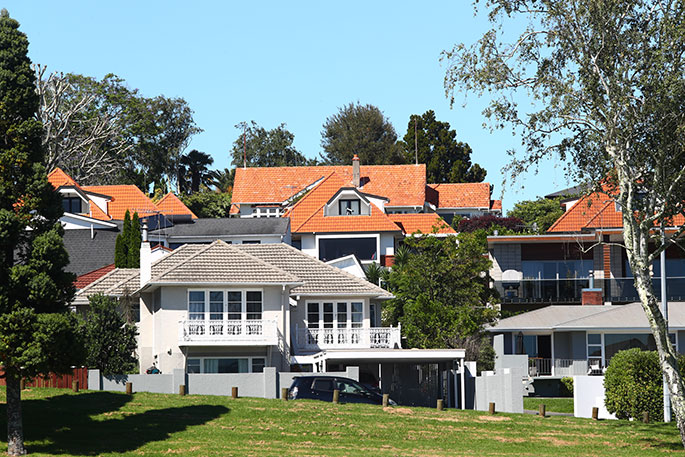 The muted recovery in home sales in May reflected a shortage of new listings, which served to impact sales volumes but elevated prices, the latest Real Estate Institute of New Zealand numbers show.

The 3990 residential sales was 46.6 per cent less than in May last year, reflecting marketing restrictions for the first 12 days of the trading period under the COVID Alert Level 3 alert.

The impacts of COVID-19 lockdown are also evident in the overall number of properties available for sale, which institute numbers indicate dropped by almost a fifth to 20,940 from 25,895 last May – a decline of almost 5000 properties.

REINZ says that's the lowest level of available housing stock for the month since records began.

With less stock on hand, inflationary pressures remained and the institute's price index increased 7.9 per cent to 2962 on a year-on-year basis.

Excluding Auckland, where the price index rose only 6.8 per cent from last year, the national index climbed by 8.8 per cent.

Regionally, Southland showed the biggest adjustment, climbing at a rate of 17.1 per cent, followed by Manawatu/Whanganui at 16.7 per cent.

Pricing was a mixed bag across the different regions, however, with an overall decline of 8.8 per cent from April, but with 11 out of 15 regions showing monthly median price improvements.

Institute chief executive Bindi Norwell says the fact there are no new high index levels recorded for the month – the first time in 88 months – had highlighted the impact of COVID-19 on the underlying value of the market.

Month-on-month, Otago showed the biggest drop in the index, dipping 4.1 per cent on the back of lower median pricing in Dunedin City.

The median price of a house in Otago's biggest city fell to below pre-lockdown levels, to an average of $500,000 per sale. The 136 sales was also about half the average.

REINZ regional director Gail Hudson says in contrast to the majority of NZ, the region saw new listings up by 21.8 per cent compared to last May.

Gail says there are “significant numbers” of active buyers in the market, many of them from surrounding areas in the South Island in addition to expats looking to invest with the view of returning to New Zealand in the future.

“However, the negative commentary around the tourism industry means that many of these buyers are reluctant to commit at present.”

She says bank lending continues to remain a significant constraint to purchasers in the area.

Bindi says a positive signal has been the uplift in sales activity in 15 of 16 regions, which has seen triple figure percentage increases in month-on-month sales activity as the nation came out of lockdown.

She says the listings shortage in the Wellington region has also seen the city hit a new record median price of $830,000, up an average of $10,000 per sale on the prior record price set last October.

Institute figures showed that the median number of days to sell a property nationally increased by 17 days to 58, from 41 in May 2019, and was the highest days to sell in 111 months.

For New Zealand excluding Auckland, the median days to sell increased by 19 days to 57 – the highest days to sell for the month of May in 19 years.

Northland, by contrast, saw a fall from April’s median days to sell.

“Last month we cautioned that the days to sell figure looked too good to be true, and now we have May’s data this was certainly the case."

ASB economist Mark Smith expects the housing market to “creak back into gear” in the coming months.

“Pent-up demand, lower mortgage interest rates and the feel-good factor instilled from having no active COVID-19 cases will instil more confidence from buyers.”

However, he says that despite NZ’s allure as a safe-haven in the COVID-19 storm, any bounce in the next few months is likely to prove short-lived.

“Net immigration is highly unlikely to scale the heights it has done in the last few years, with rising unemployment and rising housing supply hanging heavy over the market.”

He continues to expect a five per cent to 10 per cent fall in house prices from here, with government and central bank action limiting the downside to some extent.