Reports of 5.1 earthquake felt in BOP 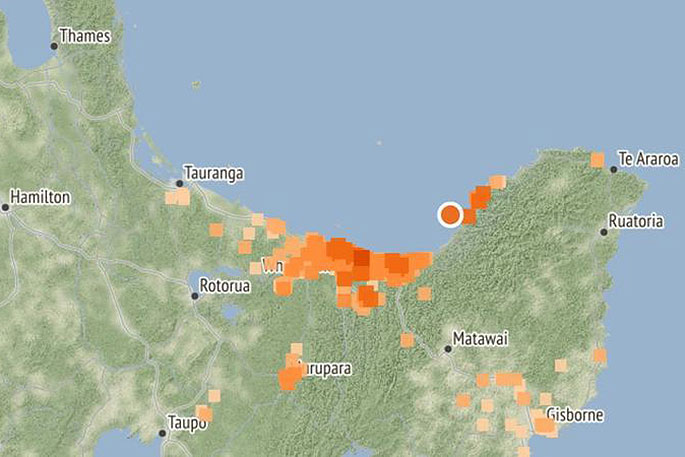 The quake was centred 10km from Te Kaha. Photo: GeoNet.

A magnitude 5.1 earthquake has struck the East Coast of the North Island.

It was at a depth of 28 kilometres.

Almost 1000 people reported feeling the quake, in the Whakatane area and as far south as Wellington.

On Monday afternoon, a number of people reported seeing a large cloud plume coming from White Island, near Whakatane.

A caller to the 0800 SUNLIVE news hotline believed the island was erupting.

Another SunLive reader messaged us on Facebook saying a friend of hers could see the island smoking from Papamoa.

There have been no official reports of the volcano erupting, but GeoNet says it remains in a state of elevated unrest.

Two weeks ago, scientists recorded a short-lived gas pulse that passed through the volcano from depth, says a statement on the GeoNet website.

"This gas pulse was accompanied by minor ground uplift in the vent area and is likely linked to a fresh batch of magma at shallow depth below the volcano." Read more here. 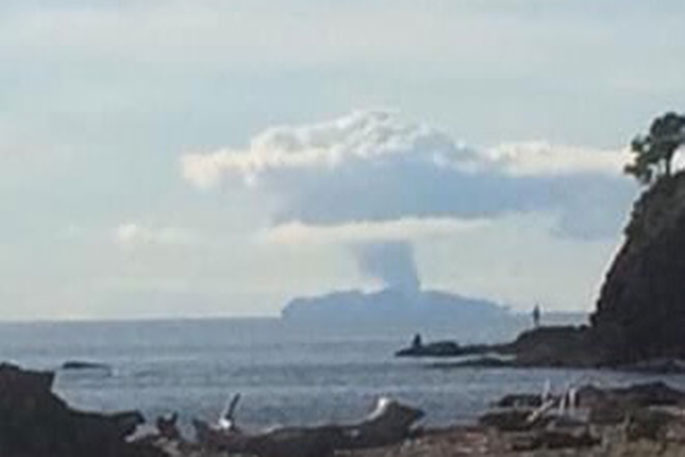 A photo of White Island taken at 1.30pm on Monday. Photo: Kathryn Qualye.

In response to reports that White Island was erupting on Monday, GeoNet says on some days in autumn and winter atmospheric conditions can make the steam plume rising from Whakaari/White Island look spectacular from the mainland.

"GNS Science can advise that there has not been an eruption in recent days, but a low level of volcanic activity has continued since December 2019."

The Volcanic Alert Level remains at Level 2 and the Aviation Colour Code at Yellow.