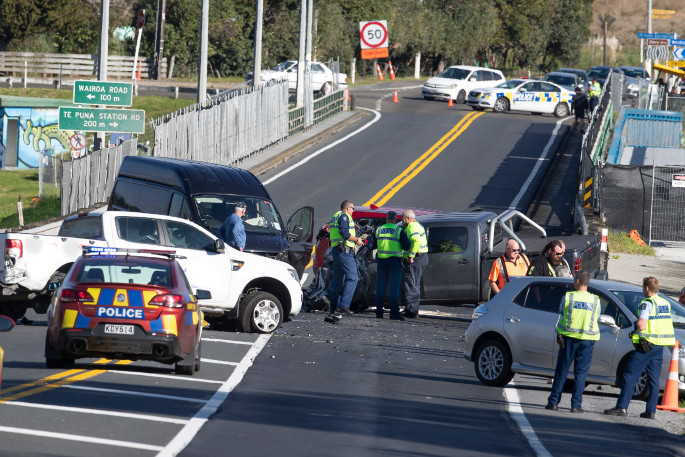 Five vehicles were involved in the collision on State Highway 2 near Wairoa Bridge on Sunday morning. Photos: John Borren.

Police continue to investigate the circumstances of a five vehicle crash on State Highway 2.

Emergency services were called to the multiple car crash on the highway, near the Wairoa Bridge, around 10am on Sunday.

The road was closed for several hours as patients were transported to hospital and a serious crash scene investigation was completed.

A St John spokesperson says two ambulances and a helicopter attended the crash.

They say one patient was transported to Tauranga Hospital in a serious condition. 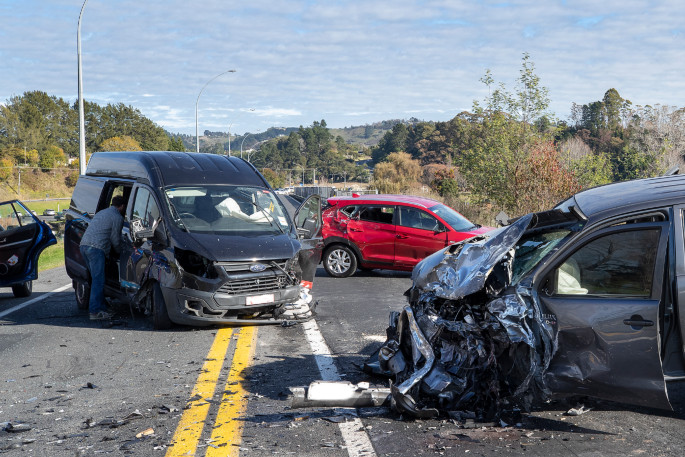 The road was closed and diversions were in place for around three hours following the crash.

SunLive readers reported that traffic had been backed up for many kilometres on SH2, and was also building up on the lower Kaimai Range on SH29.

A police spokesperson says it is early in the investigation and officers are still piecing together what happened. 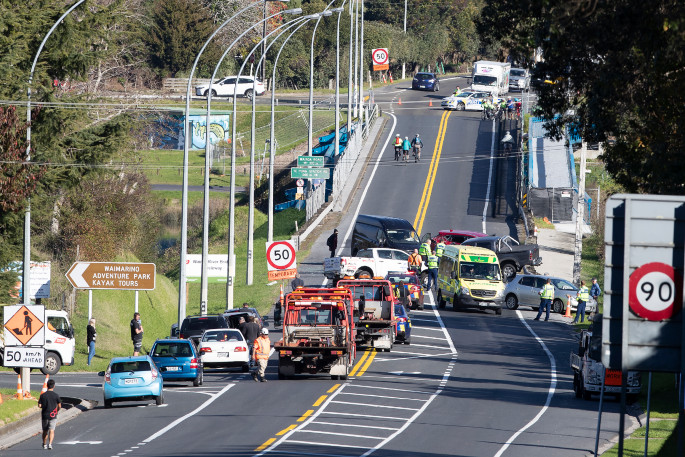 ....’Officers are still piecing together what happened’..so that should take half an hour or so chatting to other ’eye witnesses at the scene...so when can we expect to hear in print why this happened?...maybe this sounds a little harsh but let’s be practical about this...