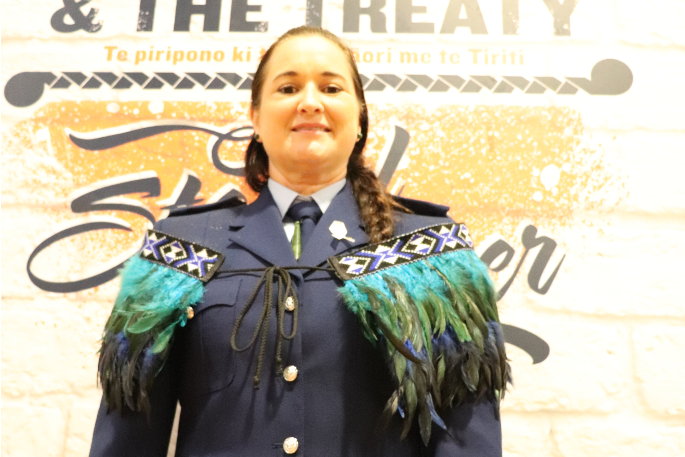 Constable Nina Barton, one of 57 new cops who recently graduated during the pandemic, has now been deployed into the Bay of Plenty region.

The new constables completed their training at the Royal New Zealand Police College - RNZPC on Thursday June 4, navigating an unusual pathway to their graduation.

Their 16-week course became 18 weeks, interrupted by COVID-19 Alert Level 4 and 3 restrictions that saw them deployed to their home districts and working in a variety of Police roles while managing online learning.

Constable Nina Barton returned to the Bay of Plenty District, where she is now posted, and has been praised for her policing skills here.

After a crash on a state highway and during a careful examination of the wider scene, Nina located a loaded pump-action shotgun and cannabis hidden in long grass and so prevented them from being picked up later by one of the people involved in the crash.

“That was an example of careful and dedicated work on the frontline,” says Senior Sergeant Rebecca Lockwood, initial training programme manager at the RNZPC.

“The recruits gained a lot of value from their postings during the level 4 and 3 restrictions, being able to put into practice some of what they had been learning.”

Nina’s iwi is Ngati Porou and she says her interest in joining Police started when she was younger, seeing police officers helping people through difficult situations.

“I thought this is the career for me!”

Moving to Australia and having a family put that ambition on hold for a while, although Nina met other goals, such as representing Australia in the first Women’s Rugby League World Cup.

“I dreamed of returning home to the whenua to pursue a Police career,” says Nina.

In 2017 she did just that and began her recruitment application that has seen her graduate after three years of hard work towards this new role.

“I’m doing this for my kids, my community and my country,” says Nina.

Five of the wing have been deployed into the Bay of Plenty.