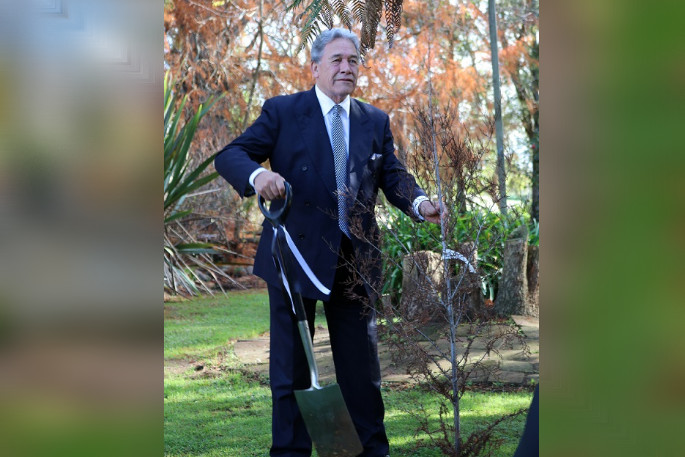 After years of driving past the Paeroa Historical Maritime Park on his way to Auckland and wanting to stop, Deputy PM Winston Peters finally paid the place a visit this week.

As well as a tour of the park, he received a progress update on a $1.1 million development aimed at boosting tourism in the district.

Last year the Paeroa Historical Maritime Park received a $730,000 Provincial Growth Fund grant and $400,000 in funding from Hauraki District Council for the first stage of the project, which includes a community jetty on the Ohinemuri River, pontoons, and a new riverboat to ferry people and bikes between the park and the town. The riverboat will be an added attraction for those drawn to the region by the hugely successful Hauraki Rail Trail.

Peters said it was nice to be putting money back into Paeroa and the Thames Valley,

“It’s a delight to be here and to add some serious grunt to the future tourism development of this part of the country,” says Peters.

“The magic thing about Coromandel of course and Thames is that it was built by the water – through the waterways and streams.”

Hauraki District Mayor Toby Adams said the river has historically been a huge network for Māori and later for Pakeha, and it’s fitting to connect it back to the Paeroa central business district.

“People have shared memories of arriving by boat at Wharf Street for a big night out at the movies. Cruising into town by riverboat again will be such a great complement to the Hauraki Rail Trail and a huge drawcard for tourists, providing opportunities for businesses and much need jobs and opportunities in the wake of Covid 19,” says Toby. 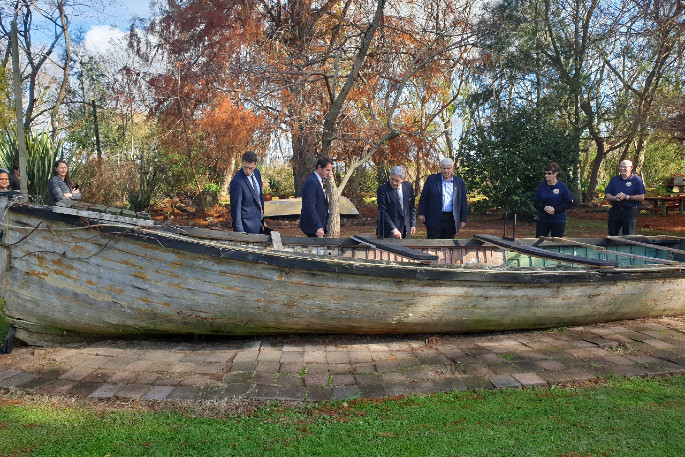 The Deputy PM checks out an old boat at the park. Photo: Supplied

For Paeroa Historical Maritime Park chair Colin James and his wife Gloria, seeing the project get underway is an emotional milestone and the realisation of a long held vision.

“To create a multi-purpose tourist and historical attraction and unlock the huge potential of the park has been the dream of hard working volunteers for many years. Just watch this space, this is just the beginning,” he said.

Work has now started on stage one of the project, which means visitors should be able to cruise by riverboat into Paeroa this summer.

Stage two of the development will include a multi-centre with an educational focus, conference facilities and cafe.

It must be election year !!!