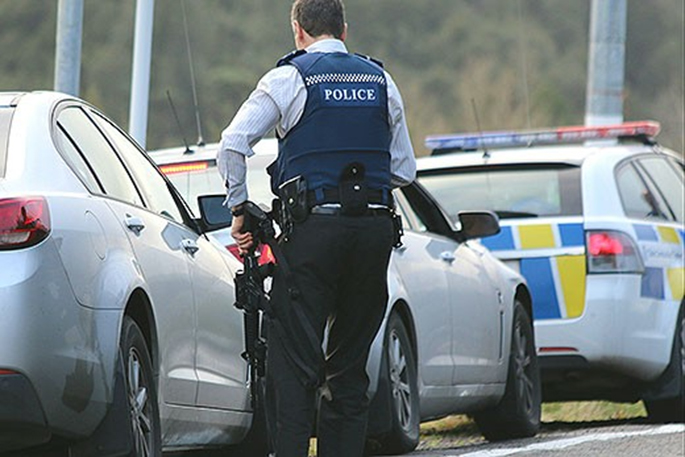 A caller to the 0800 SUNLIVE news hotline says there are multiple police units at the scene on Te Puke Highway.

Reports are coming in of a "big police operation" near Te Puke this afternoon.

A caller to the 0800 SUNLIVE news hotline says there are multiple police units outside his property on Te Puke Highway.

"There are several police units, armed police and dog units. They have rounded up some Mongrel Mob members in several cars.

"It's right outside Carlyle Drilling. They are still doing road works here, so I think they have helped nab these ones in."

The caller says at least one of the people involved is wearing a t-shirt with Mongrel Mob on the back of it and he believes the rest of the group police are talking to are Mongrel Mob as well.

"They (police) have all got them in handcuffs and down on their knees. There is at least six, maybe more.

"There is probably anything of up to 10 police cars here I would say,"

A police spokesperson says police are making enquiries in relation to an ongoing investigation.